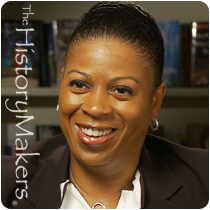 See how Karen Hunter is related to other HistoryMakers

Publisher and author Karen Hunter was born on April 24, 1966 in Orange, New Jersey. In 1983, she graduated from Marylawn of the Oranges Academy in South Orange, New Jersey. After high school, Hunter attended Drew University, where she received her B.A. degree in English.

In 1989, Hunter joined the New York Daily News where she worked as a columnist and covered numerous topics for the paper, including sports, business, and news stories. From 1996 to 1998, Hunter worked as a professor of journalism at New York University. In 1999, as a member of the Daily News’ editorial board, she received a Pulitzer Prize for the paper’s series of editorials that formed a campaign to save the Apollo Theater in Harlem. While still at the New York Daily News, Hunter also began writing music reviews, through which she met various musicians, including LL Cool J. It was through him that Hunter began writing books, starting with a collaborative effort to write LL Cool J’s memoir I Make My Own Rules. She also has collaborated in creating the celebrity memoirs of Queen Latifah and Kris Jenner, as well as Reverend Al Sharpton’s book Al on America. Other books that Hunter worked on discussed issues of African American culture, such as Karyn Langhorne Folan’s Don’t Bring Home a White Boy.

In 2002, Hunter took a new academic position as an assistant visiting professor at Hunter College in the Department of Film and Media Studies. From 2003 to 2006, she co-hosted a morning talk show with Steve Malzberg at the AM radio station WWRL. Hunter also became a contributor to many cable news channels, including appearances on the Paula Zahn Now show on CNN and MSNBC.

In 2007, Hunter became CEO of her own publishing company, Karen Hunter Publishing, as an imprint of Simon and Schuster Publishing. The label publishes mostly popular nonfiction targeted towards the market for African American titles. In 2010, she published a book as the sole author, called Stop Being Niggardly, which is addressed to African Americans and their successes. In 2011, Hunter began a separate business venture called First One Digital Publishing that focuses solely on e-books for electronic reading devices.

Karen Hunter was interviewed by The HistoryMakers on August 3, 2012.

See how Karen Hunter is related to other HistoryMakers
Click Here To Explore The Archive Today! 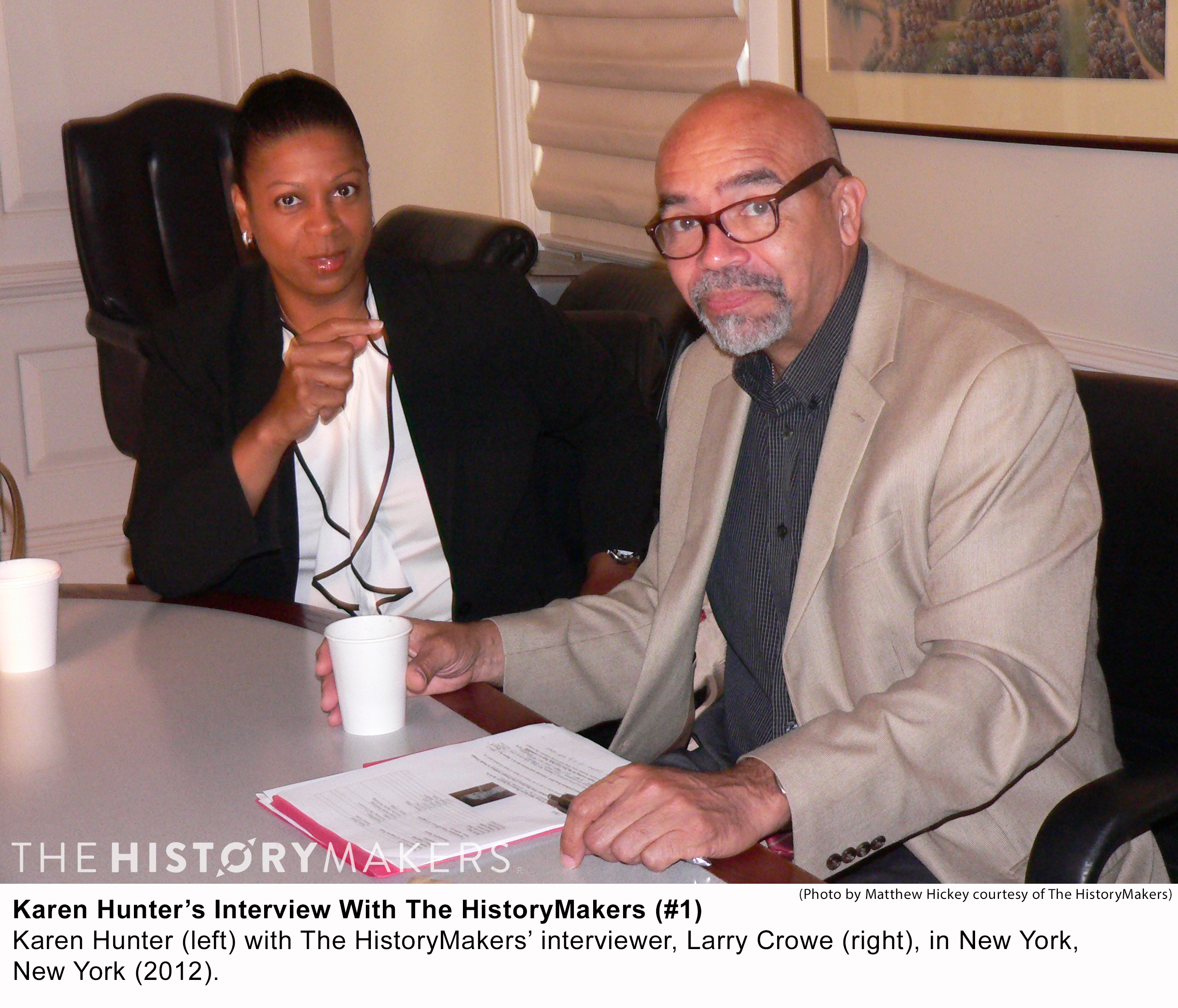