Information about Kalamu ya Salaam 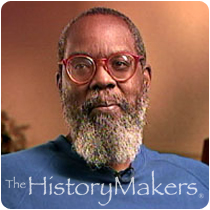 Poet, editor, music producer and arts administrator, Kalamu ya Salaam was born Val Ferdinand III in New Orleans on March 24, 1947. Inspired by the poetry of Langston Hughes and the civil rights movement in New Orleans, Salaam became interested in writing and organizing for social change. Graduating from high school in 1964, he joined the U.S. Army and served in Korea. After service, Salaam attended Carleton College but returned to New Orleans in 1968 to earn an associate's degree from Delgado College.

During the Black Arts Movement, Salaam was a member of John O'Neal's Free Southern Theater for five years and was a founder of BLACKARTSOUTH. Changing his name along the way to Kalamu Ya Salaam, which is Kiswahili for "pen of peace," he was a founder of Ahidiana Work Study Center. He also assumed the editorship of the Black Collegian magazine, a post he held from 1970 to 1983. Salaam published cultural and political essays in Black World, Black Scholar and Black Books Bulletin. In 1977, he was part of the first African American activist delegation to the People's Republic of China.

Today, he is senior partner of Bright Moments, a public relations firm. He is also the founder of WordBand, a poetry performance group; the NOMMO Literary Society, and Runagate Press. Salaam has written seven books of poetry. His play, "The Breath of Life", was honored by Louisiana State University, and "BLK Love Song #1" won a Best of Fringe Award from The Manchester Evening News in England. A respected music writer and critic, he is the arts and entertainment editor for The New Orleans Tribune and is a regular contributor to Wavelength, The Louisiana Weekly and The New Orleans Music Magazine. He was executive director of the New Orleans Jazz and Heritage Festival for many years, and produced "A NATION OF POETS" for the National Black Arts Festival.

Salaam, Kalamu ya. What is Life? Reclaiming the Black Blues Self. Third World Press: Chicago, 1994.

See how Kalamu ya Salaam is related to other HistoryMakers
Donate Now
Click Here To Explore The Archive Today!