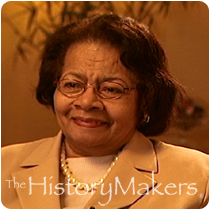 Educator and nonprofit executive June Sallee Antoine was born on March 3, 1929 in Sandusky, Ohio, to Cora Nell Collier Sallee and Charles Louis Sallee. She received her elementary and secondary education in the public schools of Sandusky. She earned a B.A. degree from Ohio State University in 1951 and a master's degree from Case Western Reserve University in 1956. She also completed additional graduate work at John Carroll University and Cleveland State University.

From 1955 until 1966, Antoine was a classroom teacher in the Cleveland Public Schools, and in 1969 she took a position as a guidance counselor at the Adult Education Center of the Cleveland Public Schools. In 1979, she became the assistant principal at Shaker Heights High School. Following her retirement from the public schools in 1986, she served as the director of the Harvard-East Branch of the Cleveland Music School Settlement, where she remained until 1995. In 1993, Antoine, along with Louise Kent Hope, became a co-founder of The Adrienne Kennedy Society, a non-profit arts organization dedicated to increasing public awareness and appreciation of the works of this great African American literary artist. The organization was later renamed Creative Writing Workshop Projects, and Antoine served as the executive director.

Antoine worked with numerous arts, cultural, and civic organizations, including The Cleveland Museum of Art, Ohio Citizens for the Arts, The Cleveland Art Prize, The Women's City Club Foundation, and the Cleveland International Program. In 2002, she received an Arts Educator Award from Young Audiences of Greater Cleveland and The Northern Ohio Live Award of Achievement for Community Events for Creative Writing Workshop Projects' participation in the Langston Hughes Centennial Celebration.

In addition to her administrative work, Antoine performed with the Cleveland Orchestra Chorus and the Heritage Chorale in the United States and Europe. She was also a member of the National Association for the Advancement of Colored People and Delta Sigma Theta Sorority, Inc.

See how June Sallee Antoine is related to other HistoryMakers
Donate Now
Click Here To Explore The Archive Today! 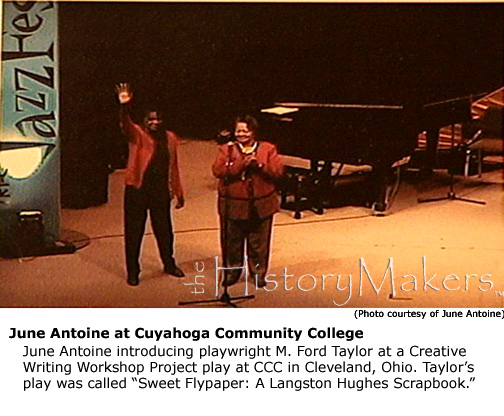 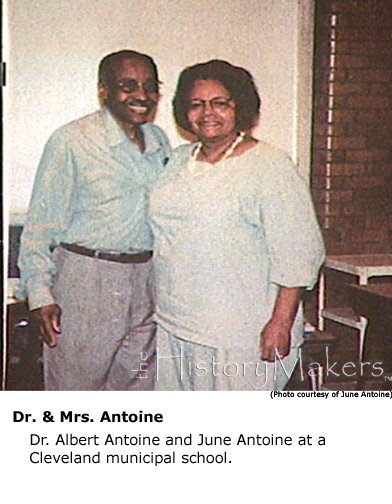