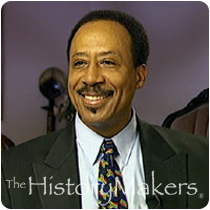 Champion of education Julius Wayne Dudley was born on October 29, 1944, in Atlanta, Georgia. Dudley was the oldest of nine children, born to a hard-working, illiterate father and a former sharecropper. Dudley's mother read to him nearly every night and inspired him with a love of books. Growing up in a house rented to them by a family notorious for ties to the Ku Klux Klan, Dudley walked four miles each way to a segregated school. Persevering, Dudley attended Morris Brown College in Atlanta and later did graduate work at Clark Atlanta University, the University of Cincinnati and Harvard University.

While attending Morris Brown, Dudley was first acquainted with South African blacks, and he joined their struggle against apartheid. He also marched with Dr. Martin Luther King, Jr. and was active in the voter registration movement. While in graduate school, he became involved in the National Teacher Corps Program, and later, while at Harvard, he became involved in TransAfrica and worked as a tutor in Boston's urban schools. After earning his Ph.D., Dudley continued to teach, and currently he is a professor at Salem State College in Massachusetts. Dudley has led the charge in spreading his love of books to Africa, both through Salem and the Phelps-Stokes Fund Books for Global Literacy Program. He has worked with a number of world leaders, including Desmond Tutu and Nelson Mandela and the state of Massachusetts to send more than 1 million books to students in South Africa. He has also been involved with a similar project with the Universidade Católica de Angola. In total, he has helped send more than 4 million books to people in South Africa, Ghana, Ethiopia, Liberia, Zimbabwe, Nigeria, Malawi and Angola.

Dudley has also been affected by a stutter his whole life, and he has managed to find a means that helps him cope with the challenge. He speaks to groups of stutterers worldwide, and to others, encouraging governments and schools to train more speech therapists. Dudley focuses his efforts on all peoples who have been oppressed, and wants to spread literacy around the globe.

See how Julius Wayne Dudley is related to other HistoryMakers
Donate Now
Click Here To Explore The Archive Today!