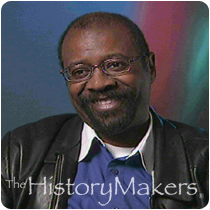 See how Julius P. Williams, Jr. is related to other HistoryMakers

Julius P. Williams is a nationally and internationally known conductor and a professor of composition and conducting at the Berklee College of Music in Boston, Massachusetts. A prolific composer, Williams has penned operas and works for orchestras and chamber ensembles and for dance, chorus, musical theatre and film. While he is a classical pianist and composer-conductor, Williams is also a master of jazz, gospel and popular music forms.

Williams was born in Bronx, New York on June 22, 1954. He started playing the drums at age eight, but when his parents begged him to choose another instrument he took up the piano instead. Other instruments, like violin, flute, clarinet, and organ soon followed. He attended public schools in New York City, including the High School for the Performing Arts, from which he graduated in 1972. It was in high school that his musical career blossomed as he took part in the All-City Concert Choir program and studied under masters like jazz drummer Max Roach and French composer-conductor Pierre Boulez. By age 20, he was playing keyboards on tour with the pop group The 5th Dimension.

Williams earned his B.S. degree in music from Herbert Lehman College in 1977 and his M.M.E. degree from the Hartt School of Music. He studied composition with African American musical giants Ulysses Kay and Coleridge Taylor Perkinson. In 1978, he attended the Aspen Music School in Colorado and composed scores for musical theatre productions for the Henry Street Settlement for the Arts in New York.

Williams has conducting experience at venues throughout the United States and the world. While he was music director and conductor of the Washington Symphony Orchestra, he conducted performances at foreign embassies, the National Cathedral and the White House. He opened the 20th annual Tri-C JazzFest in Cleveland by conducting a performance of Duke Ellington's Sacred Music. He debuted at Carnegie Hall when he conducted the inaugural concerts of the Symphony Saint Paulia.

His compositions, which include In Memoriam, September 11, 2001, have been performed by the New York Philharmonic, the Cleveland Orchestra and the Detroit Symphony. Williams, who was once profiled nationally on CBS Sunday Morning with Charles Kuralt, is also an accomplished music educator, well-regarded for his informal teaching method. He also co-founded VIDEMUS, a non-profit group which produces and releases the music of under-represented artists and composers.

Williams and his wife Lenora Williams, a doctor, live in Ellington, Connecticut with their three children.

See how Julius P. Williams, Jr. is related to other HistoryMakers
Click Here To Explore The Archive Today!