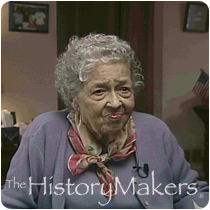 Librarian Julia Agnes Washington Bond was born on June 20, 1908, in Nashville, Tennessee, where her parents graduated from Fisk University. Bond's mother, Daisy Agnes Turner Washington, worked as a teacher, and her father, George Elihu Washington, served as the principal of Pearl High School. Both stressed the importance of education. Bond attended Meigs Middle Magnet School until the eighth grade, and then went on to Pearl High School, where she graduated in 1924 when she was sixteen years old. Like her parents, Bond attended Fisk University and graduated with her B.A. degree in English in 1929. In her senior year at Fisk University, she met a young instructor, one of the few African American teachers at Fisk University in those days, Horace Mann Bond. Soon they were courting. They both attended graduate school at the University of Chicago, Illinois where they got married. They later had a marriage ceremony in Nashville in order to satisfy their parents. Unfortunately, Bond did not return to school due to their finances. Horace earned his Ph.D. from the University of Chicago, Illinois.

Her husband, Dr. Horace Mann Bond, was appointed president of Georgia’s Fort Valley State College in 1942. In 1945, he became president of Lincoln University in Pennsylvania. In 1956, Dr. Bond was named president of Atlanta University. Julia Agnes Bond acted as First Lady for her husband in all of these positions. She also traveled with her husband to Europe and Africa on behalf of the University. She attended the inauguration of Osageyfo Kwame Nkrumah as Ghana’s first president in 1957.