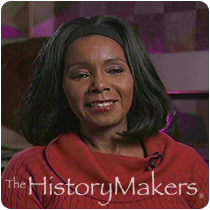 In 1963 Pace auditioned for Columbia Pictures and was cast in William Castle’s horror film The Candyweb. Pace played a regular role in the 1969 season of Peyton Place and went on to appear in many other shows, including Batman, Bewitched, The Flying Nun, I Spy, The Young Lawyers, The Mod Squad, That’s My Mama, Sanford and Son, What’s Happening?, Good Times, and Sucker Free City.. Cast in Billy Wilder’s The Fortune Cookie in 1966, Pace also played roles in the movies Three in the Attic, The Thomas Crown Affair, and the acclaimed TV movie Brian’s Song. In 1970, Pace won acclaim for her role as Iris in the Ossie Davis directed Cotton Comes to Harlem; in 1973, she played Adelaide in a Las Vegas production of Guys and Dolls.

Pace married Ironsides actor Don Mitchell in 1972 and took time out for civic duties and to raise her two children during the 1980s. Divorced from Mitchell in 1986, Pace then married baseball’s Curt Flood. Since Flood’s death in 1997, Pace acted as a major spokesperson for his role in establishing free agency in professional sports. Pace founded the Kwanza Foundation with Nichelle Nichols.

See how Judy Pace-Flood is related to other HistoryMakers
Donate Now
Click Here To Explore The Archive Today!