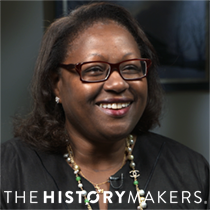 "What Goes Around Comes Around."

Lawyer Judith N. Batty was born on January 4, 1959 in Buffalo, New York to Constance Wheat Batty and Beauford Batty. Batty graduated one year early in 1975 from Friends Academy High School in Glen Cove, New York. Batty received her B.A. degree in political science from New York University in 1978, and was admitted to New York University School of Law. During the summer of her second year, she interned at the U.S. Department of Justice’s antitrust division.

After obtaining her law degree in 1981, Batty became a staff attorney in the antitrust division of the U.S. Department of Justice in Washington, D.C. In 1985, she joined the law firm of Galland, Kharasch, Morse & Garfinkle, P.C. as an associate. In 1987, Batty became the senior counsel for Mobil Oil Corporation. She moved to Dallas, Texas in 1990 to work with Mobil New Exploration Ventures before joining the London offices of Mobil North Sea Limited in 1994. Upon her return to the United States in 1996, Batty began working in Mobil’s major transactions department. In 2006, Batty moved to Tokyo, Japan, where she worked as general counsel with ExxonMobil Yugen Kaisha. After her relocation to Washington, D.C. in 2009, Batty specialized in government and public affairs at ExxonMobil Corporation until her retirement as senior counsel in 2014. Over her career, Batty worked on various policy issues, including patent reform, trade sanctions, and STEM education.

Batty served as president of ExxonMobil’s Black Employee Success Team (BEST), and was a member of the Xi Omega Chapter of Alpha Kappa Alpha Sorority, Inc. in Washington, D.C. In the early 2000s, Batty joined the board of trustees of the Levine School of Music and the Legal Aid Society of Washington, D.C. In 2010, Batty became an executive board member of Arena Stage at the Mead Center for American Theater, before beginning her tenure as chair of the board of trustees in 2016. Starting in 2014, Batty served as international commissioner of the Girl Scouts of the USA’s board of directors. Batty also served as chair of grants on the national board of The Links, Incorporated.

Judith Batty was interviewed by The HistoryMakers on August 25, 2018.