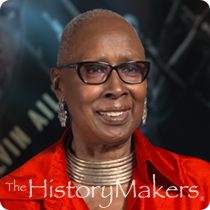 Dancer and choreographer Judith Jamison was born on May 10, 1943 in Philadelphia, Pennsylvania to Tessie Brown Jamison and John Jamison, Sr. While encouraged by her parents to study the piano and violin, Jamison gravitated towards ballet. At the age of six, Jamison began taking lessons at the Judimar School of Dance in Philadelphia. She went on to study the techniques of African American dance pioneer Katherine Dunham. Jamison graduated from Germantown High School in Philadelphia, and enrolled at Fisk University in Nashville, Tennessee. However, she left Fisk to study dance and kinesiology at the Philadelphia Dance Academy, now part of the University of the Arts.

In 1964, Jamison earned critical acclaim for her work with choreographer Agnes de Mille and the American Ballet Theatre in New York. A year later, Alvin Ailey invited Jamison to join the Alvin Ailey American Dance Theater, where she was featured in numerous productions, toured with the company to Africa and Europe and earned international acclaim for her signature performance of Cry, a fifteen minute solo piece written by Ailey for Jamison. Jamison went on to appear as a guest performer with the San Francisco Ballet, the Swedish Royal Ballet, the Cullberg Ballet, and the Vienna State Ballet. In 1980, Jamison performed on Broadway in Duke Ellington’s Sophisticated Ladies with Gregory Hines. That same year, Jamison began her own work as a choreographer. She premiered her first ballet, Divining, with the Alvin Ailey American Dance Theater in 1984. In 1988, Jamison founded The Jamison Project Dance Company.

Judith Jamison was interviewed by The HistoryMakers on August 30, 2016.