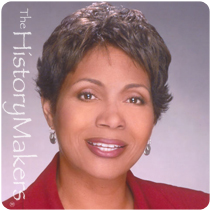 See how Juanita Baranco is related to other HistoryMakers
Donate Now

Lawyer and entrepreneur Juanita Powell Baranco was born in Washington, D.C., on March 19, 1949. Raised in Shreveport, Louisiana, Baranco earned her high school diploma and continued her studies earning her B.S. degree and her J.D. degree from Louisiana State University. Before turning to business, Baranco had a successful law career, serving as assistant attorney general for the state of Georgia. She is the executive vice president and chief operating officer of Baranco Automotive Group, which she co-founded with her husband, Gregory Baranco, in 1978. It was one of the first African American owned car dealerships in the metropolitan Atlanta area. That effort led the Barancos to also owning several other car dealerships including Mercedes-Benz and Acura dealerships with annual sales reaching $100 million dollars.

Baranco’s extensive involvement in education has led her to serve as the chairman of the DeKalb County Education Task Force and as a member of the Georgia State Board of Education from 1985 to 1991. She was appointed by Governor Zell Miller to the Board of Regents and in 1995 became the first African American woman to chair the board. She sits on the Board of Trustees of Clark Atlanta University and also serves on the Board of Directors of Georgia Power Company.

Her business and community activities have won her numerous awards, among which are recognition by the Dow Jones Company for entrepreneurial excellence; the first Trumpet Award from Turner Broadcasting System for entrepreneurial excellence; Entrepreneur of the Year by the Atlanta Business League; the DECCA Award from the Atlantic Business Chronicle, the YWCA’s Women of Achievement Award; and the Atlanta History Center’s Defining Women in Atlanta Award. Baranco has been featured in Essence magazine as one of best businesswomen in Atlanta and was also a finalist for the 2003 Time magazine Quality Dealer Award. She is a member of the American Bar Association and the State Bar Associations of Georgia and Louisiana.

Baranco lives in Atlanta with her husband and children.

See how Juanita Baranco is related to other HistoryMakers
Donate Now
Click Here To Explore The Archive Today!