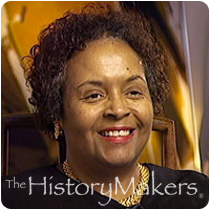 See how Joyce Ladner is related to other HistoryMakers
Donate Now

Sociologist Joyce Ladner was born in Battles, Mississippi, on October 12, 1943. She attended Tougaloo College in Tougaloo, Mississippi, where she earned her B.A. in sociology in 1964 and went on to Washington University in St. Louis, Missouri, to earn a Ph.D. in 1968.

At school, she also became involved in the civil rights movement. After earning her Ph.D., Ladner went on to teach at colleges in Illinois; Washington, D.C.; Connecticut; and Tanzania. Ladner published her first book in 1971, Tomorrow's Tomorrow: The Black Woman, a study of poor black adolescent girls from St. Louis. In 1973, Ladner joined the faculty of Hunter College at the City University of New York.

Leaving Hunter College for Howard University in Washington, D.C., Ladner served as vice president for academic affairs from 1990 to 1994 and as interim president of Howard University from 1994 to 1995. In 1995, President Bill Clinton appointed her to the District of Columbia Financial Control Board, where she oversees the finances and budgetary restructuring of the public school system. She is also a senior fellow in the Governmental Studies Program at the Brookings Institution, a Washington, D.C. think tank and research organization. She has spoken nationwide about the importance of improving education for public school students. She has appeared on nationally syndicated radio and television programs as well.

Ladner is active in a number of civic and professional organizations. She is a member of the Council on Foreign Relations, The American Sociological Association, the Washington Urban League, the Washington Women's Forum and the Coalition of 100 Black Women. In 1997, she was named Washingtonian of the Year by Washingtonian for her work in education.

See how Joyce Ladner is related to other HistoryMakers
Donate Now
Click Here To Explore The Archive Today!