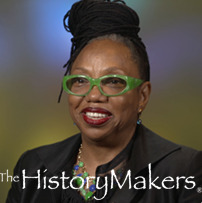 See how Joshie Jo Armstead is related to other HistoryMakers

Singer and songwriter Joshie Jo Armstead was born on October 8, 1944 in Yazoo City, Mississippi to Wilton Armstead and Rosie Lee Armstead. As a youth, she sang in the church choir and was introduced to blues music by her grandfather. Armstead’s first performance was with Bobby “Blue” Bland in Mississippi, before joining a local band, Little Melvin & The Downbeats.

Armstead began her singing career when she joined the Ike & Tina Turner Revue in 1961, as one of the original touring Ikettes along with Eloise Hester and Delores Johnson. She toured with them from 1961 to 1963, and recorded the Ikettes record “I’m Blue (The Gong Gong Song).” Released in 1962 and featuring Tina Turner singing backing vocals, the song reached number nineteen on the Billboard Hot 100 and number three on the R&B chart. After leaving the Ikettes in 1963, Armstead moved to New York City and began recording music under the name Deena Johnson. There, she met Valerie Simpson and Nick Ashford and formed the writing trio of Armstead, Ashford, & Simpson. The trio wrote tracks for artists such as Chuck Jackson, The Shirelles, and Doris Troy, but their greatest success came when they wrote Ray Charles’ 1966 #1 hit “Let’s Go Get Stoned,” and the follow up single “I Don’t Need No Doctor.”

When Ashford & Simpson signed with Motown Records in 1966, Armstead left the trio and moved to Chicago, where she married music producer Melvin Collins and the couple founded their own record label, Giant Productions and wrote songs for Garland Green, Ruby Andrews, Syl Johnson and many others, also collaborating with famous music arranger Andrew “Mike” Terry. She returned to New York in 1970, following the collapse of Giant Productions and her marriage to Collins. She sang back up in Bob Dylan’s 1971 single “George Jackson,” and performed in B.B. King’s Live in London show, Melvin Van Peebles’ Broadway show, the film Don’t Play Us Cheap and the Broadway musical “Seesaw.” Armstead also recorded singles with the Stax offshoot label Gospel Truth, and sang backup vocals for Burt Bacharach’s LP “Features,” before returning to Chicago in the early 1980s and starring in Oscar Brown Jr.’s musical “Journey Through Forever.” Armstead’s songs include “Stumblin Blocks, Steppin’ Stones,” “I’ve Been Turned On,” “A Stone Good Lover” and “I Feel An Urge Coming On.”

Josephine “Joshie Jo” Armstead was interviewed by The HistoryMakers on July 15, 2016.

See how Joshie Jo Armstead is related to other HistoryMakers
Click Here To Explore The Archive Today!