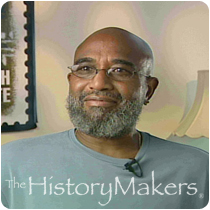 See how Josh White, Jr. is related to other HistoryMakers
Donate Now

White attended New York’s Professional Children’s School, along with Elliott Gould, Sandra Dee, Brandon De Wilde, Leslie Uggams, Christopher Walken and Marvin Hamlisch, who co-wrote White’s first solo recording for Decca Records in 1956, "See Saw." In 1949, White landed his first role on Broadway by playing his father’s son in, "How Long Til Summer?" White received a special Tony Award for Best Child Actor For his performance. While continuing his acting career, White went on to perform and record with his father for the next seventeen years.

In 1957, White landed a role in the Off-Broadway play, "Take a Giant Step," replacing his friend Louis Gossett, Jr. He went on to star in more than fifty American television dramas and co-starred with his father in Great Britain in, "The Josh White Show." In 1961, White decided to pursue a solo concert and recording career. From 1963 through the 1980s, White headlined more than 2,000 college concerts. At the peak of the folk boom, White was considered one of the National Association of Campus Activities’ most celebrated and honored performing artists. Co-starring with Odetta Gordon, Ramblin’ Jack Elliott, Richie Havens, Tom Paxton and Oscar Brand, White performed on the National PBS-TV Tribute Special to Woody Guthrie, "Woody & Me," and was named the Voice of the Peace Corps and the Voice of VISTA by the United States government in 1980.

In 1991, White teamed up with Rändi Douglas, the founder of Living History, to teach history and social studies with kinesthetic, multiple intelligence activities. White gives music lecture sessions on his father for grades five through twelve.

Josh Daniel White was interviewed by The HistoryMakers on June 26, 2007.

See how Josh White, Jr. is related to other HistoryMakers
Donate Now
Click Here To Explore The Archive Today!