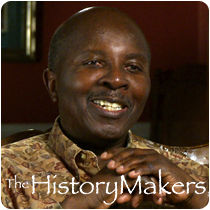 See how Joseph Monroe is related to other HistoryMakers

Computer scientist Joseph Monroe was born in North Carolina. Monroe received his B.S. degrees in mathematics, English, and French from North Carolina A & T State University in 1962. He then enrolled at Texas A & M University and graduated from there with his M.S. and Ph.D. degrees in computer science in 1967 and 1972, respectively. Monroe was the first African American to earn a doctoral degree in computer science in the United States.

In 1987, Monroe joined the faculty at Fayetteville State University and served in various academic and administrative positions. He returned to North Carolina A & T State University in 1991 and was named Ronald E. McNair Endowed Professor and Chair of Computer Science. In 2000, Monroe assumed the additional role of Dean of the College of Engineering. Under his leadership, the Department of Computer Science and the Department of Engineering grew in size, increased funding, and hired the most tenured African American engineering professors in the United States. Monroe was a founding member of the first computer science honor society, Upsilon Pi Epsilon, which is now an international society. He served on the board of directors for the Industries of the Blind, the board of directors for Computing at NASA, and the board that governs the practice of Engineering and Surveying in North Carolina.

Joseph Monroe was interviewed by The HistoryMakers on May 7, 2013.

See how Joseph Monroe is related to other HistoryMakers
Click Here To Explore The Archive Today!