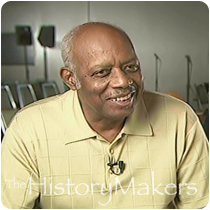 "The Lord Will Make a Way Somehow."

Human rights activist Joseph Henry Beasley was born to sharecroppers on a rural plantation in Inman, Georgia, on December 27, 1936. Beasley received his primary education in a segregated one room school house before moving with his family to Cincinnati, Ohio, where he excelled in the local public schools. It was during this phase of his life that Beasley began to set high expectations and committed himself to a life of service; he ultimately received his B.S. degree in criminal justice from Park College and attended graduate school at Clark Atlanta University.

Beasley’s career began in the U.S. Air Force, from which he retired as a police superintendent after twenty-one years of service. Beasley joined Operation PUSH (People United to Serve Humanity) in 1976 as a member of the Board of Directors of its Kansas City affiliate, and assumed the position of Executive Director of that chapter in 1978. Three years later, Beasley moved to Atlanta where he was named Chapter Coordinator, and in 1995 was named Southern Regional Director.

Under the leadership of the Reverend Cameron M. Alexander, Pastor of Antioch Baptist Church North, Beasley successfully tackled issues of equal justice, eradication of poverty, and economic development around the globe. Beasley worked with the African National Congress to register voters for the 1994 election that swept Nelson Mandela into power; served as a monitor in Haiti during that nation’s second democratically held election in 1995; and made a high impact visit to Zambia after its contested 2002 presidential election. Closer to home, Beasley served as the Georgia Deputy Director for Jesse Jackson’s 1984 and 1988 presidential campaigns, and also became engaged in the challenge of redistricting Georgia’s congressional boundaries to increase African American representation in the United States Congress.

Beasley continued to serve as the Southern Regional Director of the National Rainbow/PUSH Coalition, founded by the Rev. Jesse Jackson, Sr., and as the president of African Ascension, an organization he formed to develop economic and political ties throughout Africa and the African Diaspora. Beasley served as a board member of the Center for Constitutional Rights in New York City; Afronet in Lusaka, Zambia; Afrobras in Sao Paulo, Brazil; Christ Institute in Atlanta; and is Chairman of both the Benedita de Silva International Foundation, and the Asian American Center, both in Atlanta, Georgia. The library at Zumbi dos Palmares College in Sao Paulo, Brazil is named in Beasley’s honor.

The bulk of Beasley’s later work focused on the unification of African descendants for economic, political, social, and cultural empowerment. Beasley received dozens of awards and was featured in the New York Times, Boston Globe, Los Angeles Times, and numerous other newspapers, periodicals and magazines, as well as on CNN and other major American television networks.

In addition to his many other blessings, Beasley married and had three children, nine grandchildren and two great-grandchildren. Beasley viewed his life and his numerous accomplishments as a testament to the fruits of spiritual growth, vision and commitment.

Beasley was interviewed by The HistoryMakers on June 22, 2005.