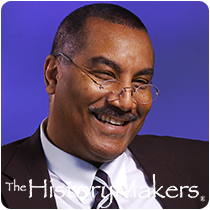 See how Joseph Francisco is related to other HistoryMakers

Chemical physicist Joseph Salvadore Francisco was born on March 26, 1955 in New Orleans, Louisiana. He was raised by his grandparents, Merlin and Sarah Walker in Beaumont, Texas. He graduated from Forest Park High School in 1973. After earning his B.S. degree in chemistry from the University of Texas at Austin in 1977, Francisco went on to receive his Ph.D. degree in chemistry from the Massachusetts Institute of Technology (MIT) in 1983. Francisco worked as a research fellow at Cambridge University in England from 1983 to 1985, and then returned to MIT where he served as a provost postdoctoral fellow.

In 1986, Francisco was appointed as an assistant professor of chemistry at Wayne State University. He then served at California Institute of Technology as a visiting associate in the Planetary Science Division in 1991, and as a John Simon Guggenheim Fellow in the Jet Propulsion Laboratory in 1993. In 1995, Francisco was appointed as a full professor at Purdue University; and, in 2005, he became the William E. Moore Distinguished Professor of Earth and Atmospheric Sciences and Chemistry. In addition, Francisco served as a senior visiting fellow in the Institute of Advanced Studies at the University of Bologna; as a Professeur Invité at the Université de Paris; as a visiting professor at Uppsala Universitet in Sweden; and was chosen as an honorary international chair and professor by National Taipei University in Taiwan.

Francisco co-authored the textbook Chemical Kinetics and Dynamics published by Prentice-Hall and translated later in Japanese. He has also published over 475 peer reviewed publications in the fields of atmospheric chemistry, chemical kinetics, quantum chemistry, laser photochemistry and spectroscopy. Francisco served as editor of the atmospheric and ocean science section of Pure and Applied Geophysics, and on the editorial advisory boards of Spectrochimica Acta Part A, Journal of Molecular Structure: THEOCHEM, and Theoretical Chemistry Accounts, and the Journal of Physical Chemistry.

Chemical physicist Joeseph Salvadore Francisco was interviewed by The HistoryMakers on June 28, 2013.

See how Joseph Francisco is related to other HistoryMakers
Click Here To Explore The Archive Today!