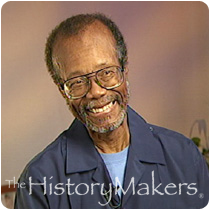 "Success Is Nothing More Than A Rendezvous Between Preparation And Opportunity."

The first African American to work as a television reporter and executive in the Los Angeles community, Joseph Dyer was born in Gilbert, Louisiana, on September 24, 1934. The son of sharecroppers, Dyer’s father passed away while he was still a child, and by the age of ten, Dyer was picking cotton in the fields with his deaf mother. After graduating from high school in 1953, he attended Xavier University for one year on a football scholarship before transferring to Grambling State University, where he earned his B.A. degree in speech and drama in 1957.

Upon graduating, Dyer moved to Los Angeles, but was called into military service within a month. While in the Air Force, he was stationed at Grand Forks Air Force Base in North Dakota, where he became the editor of the base paper and later the host of the base television program. After being honorably discharged in 1961, Dyer returned to Los Angeles, while his wife and daughter remained in Mississippi. He was hired as a technical writer at Pasadena’s Jet Propulsion Laboratory shortly after his return to Southern California. While working at the Jet Propulsion Laboratory, Dyer joined Studio West, an artist’s enclave where he met individuals such as Greg Morris of Mission: Impossible, jazz singer Rita Morris and Cassius Weathersby, who at the time was serving as head of the Labor and Industry Committee for the Beverly Hills NAACP. It was Weathersby who convinced Dyer to apply for a position with CBS-2, Los Angeles’ largest television news station at the time. In April of 1965, Dyer was hired on a probationary contract as a writer and news producer.

In August of 1965, riots broke out in the Watts neighborhood of Los Angeles, and Dyer was able to play a critical role. He would call in live phone reports during “The Big News,” and he landed interviews with a number of key community leaders at the time, including Maulana Karenga. His career as a reporter featured a number of other interview highlights, including an exclusive interview with Muhammad Ali following the boxer being stripped of his title for refusing to fight in Vietnam.

In 1968, Dyer became the first African American executive in network news when he was named director of community affairs for CBS-2. In this role, he helped to promote diversity within the station and promote the station in the community. This position was not without stress, however, and Dyer became a long-distance runner. He would eventually compete in the Los Angeles Marathon. At the time of his retirement, Dyer had spent more than thirty years with CBS-2.

Dyer has been recognized numerous times for his contributions to the community, and he has also successfully battled prostate cancer. He and his wife, high-school sweetheart Doris Dillon, have four children.

Joseph Dyer was interviewed by The HistoryMakers on April 23, 2004.