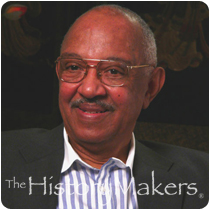 See how Joseph A. De Laine, Jr. is related to other HistoryMakers
Donate Now

Upon De Laine’s return from Korea, he joined his family in New York, where they resettled after death threats in South Carolina. Over a six year period, he was employed as a cancer research assistant at Roswell Park in Buffalo, New York; Sloan Kettering Institute in New York, New York; E. R. Squibb in New Brunswick, New Jersey; and Joint Disease Hospital in New York, New York. In 1964, De Laine joined Hoffmann La Roche, Inc. as a pharmaceutical sales representative. During the ensuing twenty years, he enjoyed positions at the management level in promotion, marketing, and staff positions as Director of Marketing for Diagnostics Division and Corporate Director of Corporate EEO. Upon retirement, De Laine relocated from New Jersey to Charlotte, North Carolina, where he owned and operated Joseph’s Imports, an outlet of unusual imported artifacts from Europe, Africa, and Asia.

De Laine presently serves on the Board of Directors for the Briggs-De Laine-Pearson Foundation in Summerton, South Carolina, and for the International African American Museum in Charleston, South Carolina. Since retirement, he also served as a Presidential Appointee on the “50th Anniversary Brown v. Board Presidential Commission” and for several years as a member and president of the Board for the Northwest Corridor Community Development Corporation in Charlotte, North Carolina.

See how Joseph A. De Laine, Jr. is related to other HistoryMakers
Donate Now
Click Here To Explore The Archive Today!