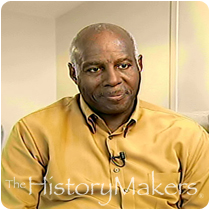 See how Joseph Benjamin Anderson, Jr. is related to other HistoryMakers
Donate Now

Corporate executive and military officer Joseph Benjamin Anderson was born on February 12, 1943, in Topeka, Kansas, to Pearl Gatewood and Joseph B. Anderson, Sr. His father was a widower with one son while his mother had two daughters from a previous marriage. An Eagle Scout and athlete, Anderson attended Washington Elementary School and East Topeka Junior High School before graduating with honors from Topeka High School in 1961. He entered the United States Military Academy (USMA) at West Point, New York. While a cadet, Anderson spent two months in Uganda in 1964 with Operation Crossroads Africa. One of only four African Americans to graduate from West Point in 1965, he earned his B.S. degree in math and engineering and his commission as a second lieutenant. In 1972 and 1973, Anderson received master's degrees in political science and in African area studies from the University of California, Los Angeles and attended the U.S. Army’s Command and General Staff College in Fort Leavenworth, Kansas, in 1977. He graduated from the Advanced Management Program at Harvard University Business School in 1984.

An officer in the 82nd Airborne Division, Anderson served two tours of duty with the 1st Cavalry Division in Vietnam earning two Silver Stars, five Bronze Stars, three Army Commendation Medals and eleven Air Medals. As an infantry platoon leader, he was featured in Pierre Schoendoerffer’s 1966 Oscar winning documentary, The Anderson Platoon. He served as aide-de-camp to two generals and taught as an assistant social sciences professor at West Point. He reached the rank of major before resigning his commission in 1978.

Selected as a White House Fellow in 1977, Anderson served as a special assistant to the U.S. Secretary of Commerce, Juanita Kreps. In 1979, he joined the Pontiac Motors Division of General Motors Corporation and, in 1990, he served as the general director of the company’s body hardware business unit. From 1992 to 1993, Anderson was the president and chief executive officer of auto parts manufacturer, Composite Energy Management Systems. He later served as the chairman and chief executive officer of Chivas Industries until 2002. He then joined TAG Holdings as chairman and chief executive officer. A board member of Quaker Chemical Corporation and ArvinMeritor, Anderson is also chairman of the Original Equipment Suppliers Association and director of the Society of Automobile Engineers Foundation. He also sits on the board of many non-profit organizations, including the Beaumont Foundation, Kettering University, Horizons-Upward Bound, Focus: Hope and the National Recreation Foundation.

See how Joseph Benjamin Anderson, Jr. is related to other HistoryMakers
Donate Now
Click Here To Explore The Archive Today!