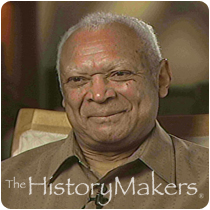 "Marathon Runner For Justice And Equality."

Civic leader John Wesley Mack was born on January 6, 1937, in Kingstree, South Carolina, to Abram Mack, a Methodist minister, and Ruth Wynita, a school teacher. Shortly after he was born, Mack’s family moved to Darlington, South Carolina. Mack attended North Carolina A&T State University, where he earned his B.S. degree in applied sociology in 1958. As a student, Mack was the head of the college’s NAACP student chapter. The following year, Mack was married to Harriett Johnson, an elementary school teacher he met through his college roommate; the couple went on to have three children together.

In 1960, Mack co-founded and became vice-chairman of the Commission on Appeal for Human Rights, an organization that incorporated members of Atlanta University, Morehouse, and Spelman Colleges, including such noted figures as Marion Wright Edelman, Julian Bond, and Reverend Otis Marsh. That same year, the students held sit-ins at Rich’s Department Store. During this time, Dr. Martin Luther King, Jr. was arrested. 1960 was also the year that Mack obtained his M.A. degree in social work from Clark Atlanta University.

Shortly afterward, Mack and his family moved to Oxnard, California, as part of a social work fellowship established for him at Camarillo Hospital by his mentor Whitney Young. In 1964, upon completing his work at the Camarillo Hospital, Mack moved to Flint, Michigan, where a year later he became Executive Director of the Flint Urban League. It was in Flint that Mack focused on fair housing and voter registration issues.

In 1969, Mack became President of the Los Angeles Urban League, where he would serve until his retirement in 2005; the longest tenure of anyone in this position. With Mack as president, the Los Angeles Urban League became one of the country’s most successful non-profit organizations, generating an annual budget of $25 million while promoting issues of employment, education and economic development.

In 1977, Mack became co-founder and co-chair of the Los Angeles Black Leadership Coalition on Education, and in the early 1980s, he was appointed vice president of the United Way Corporation of Council Executives. In the late 1990s, Mack served as a Fellow in Residence at Harvard University, where he led a study group entitled “The Future of Urban America: Finding Solutions Through Strategic Partnership and Policy Advocacy.” In 2005, Mack was appointed President of the Board of Police Commissioners of the Los Angeles Police Department by Mayor Antonio R. Villaraigosa; he held this position for two consecutive years before being elected to the office of Vice President in 2007. Over the years Mack has been awarded by numerous different institutions, including Alpha Phi Alpha Fraternity, NAACP Legal Defense and Educational Fund Black Women of Achievement, Operation Hope, the Southern Christian Leadership Conference, and the California Afro American Museum.