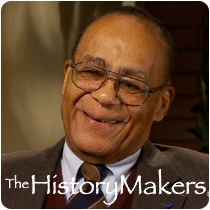 "Some people would rather have a cause than an effect."

Electrical engineer and academic administrator John brooks Slaughter was born in Topeka, Kansas, on March 16, 1934. His father, Reuben Brooks Slaughter, was hard-working and held a variety of jobs to support his family; and, his mother, Dora Reeves Slaughter, was a homemaker. Slaughter graduated from Topeka High School in 1951 and enrolled at Washburn University, but transferred after two years to attend Kansas State University. There, he earned his B.S. degree in electrical engineering in 1956. Slaughter went on to receive his Ph.D. in engineering from the University of California, Los Angeles in 1961, and his Ph.D. in engineering sciences from the University of California, San Diego in 1971.

Slaughter joined the U.S. Navy Electronics Laboratory in San Diego in 1960. In 1975, he became Director of the Applied Physics Laboratory of the University of Washington; and, in 1977, Slaughter was appointed Assistant Director for Astronomics, Atmospherics, Earth and Ocean Sciences at the National Science Foundation. From 1979 to 1980, Slaughter was Provost and Academic Vice President at Washington State University. The, he serves as the director of the National Science Foundation in Washington D.C. for two years. Between 1982 and 1988, Slaughter was the Chancellor of the University of Maryland, College Park, where he made major advances in e recruitment and retention of African-American students and faculty. Slaughter then was elected President of Occidental College in Los Angeles from 1988 through July 1999. In August 1999, he assumed the position of Melbo Professor of Leadership in Education at the University of Southern California. In June 2000, Slaughter was named President and CEO of The National Action Council for Minorities in Engineering, Inc.

Slaughter holds honorary degrees from more than 25 institutions of higher education. He was also a recipient of the Martin Luther King, Jr. National Award in 1997, and UCLA’s Medal of Excellence in 1989. Slaughter was honored with the first U.S. Black Engineer of the Year award in 1987, and received the Arthur M. Bueche Award from the Nation Academy of Engineering in 2004, where he is also a fellow. Slaughter is married to Dr. Ida Bernice Slaughter, an educational consultant and former school administrator. They have two children: a son, Dr. John Brooks Slaughter, Jr., DVM, and a daughter, Ms. Jacqueline Michelle Slaughter.

John Brooks Slaughter was interviewed by The HistoryMakers on November 28, 2012.