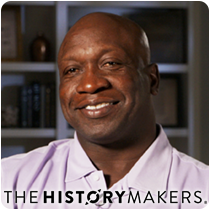 The Minnesota Vikings invited Randle to training camp, and later signed him to a free agent contract in 1990. In 1991, Randle started in eight games with 8.5 sacks. In 1993, Randle was credited as one of the dominant defensive tackles of his era and went on to his first NFL Pro Bowl after recording 11.5 sacks. He ranked third in the NFL in sacks, with 9.5 through the Vikings' first 11 games in 1994. During this period, Randle recorded double-digit sacks including a career-high and league-leading 15.5 sacks in 1997. Named All Tackle Machine of 1999 by Tackle: The Magazine, he was chosen as starting tackle on the NFL Team of the Decade by the Pro Football Hall of Fame's Selection Committee in 2000. Randle recorded 8 sacks and 31 tackles from 2000 to 2001. Having become a free agent, Randle was released by the Vikings and signed a $25 million contract with the Seattle Seahawks in 2001. He achieved 11 sacks, and went on to the Pro Bowl in 2001. In 2003, Randle, after sustaining injuries the year before, led the Seahawks with 7 sacks in twelve games. That year, Randle acquired his final sack and then retired from professional football in 2004 tied with Richard Dent for the fifth in number of career sacks. His 137.5 career sacks remain the second highest total by a defensive tackle in NFL history, ranking below fellow Vikings legend Alan Page who had a total of 148.5 sacks. Over his career, he was named to seven Pro Bowl squads.

Randle has one daughter, Brittany, and he and his wife Candace, have twins, Ryann and Jonathan.

John Randle was interviewed by The HistoryMakers on June 18, 2018.