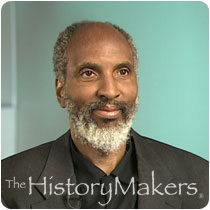 See how john powell is related to other HistoryMakers
Donate Now

Professor john a. powell, who does not capitalize his name, was born on May 27, 1947 in Detroit, Michigan. He is recognized as an expert in the areas of civil rights, civil liberties and issues relating to race, poverty and the law and has written extensively on the effects of race and poverty on U.S. society.

Professor powell earned a B.A. in psychology from Stanford University in 1969 and a J.D. from the University of California at Berkeley in 1973, after which he became an attorney with the Seattle Public Defender's Office. In 1977, powell received an International Human Rights Fellowship from the University of Minnesota to work in Africa, where he served as a consultant to the government of Mozambique. Between 1987 and 1993, he worked as a national legal director of the American Civil Liberties Union.

Professor powell is also a member of the National Legal Aid and Defender, the National Housing Law Center Association, the National Bar Association and the American Bar Association's Commission on Homelessness and Poverty. He serves on the Board of Directors of the Poverty and Race Research Action Council (PRRAC) and the Minnesota Supreme Court's Implementation Committee on Multicultural Diversity and Racial Fairness.

See how john powell is related to other HistoryMakers
Donate Now
Click Here To Explore The Archive Today!