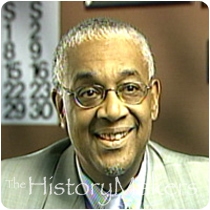 John Jacob “Jake” Oliver, great grandson of Afro-American Newspaper founder John J. Murphy and current CEO of the Afro-American Newspapers, was born July 20, 1945 in Baltimore, Maryland. His entrance into sixth grade was used to integrate the previously all white John E. Howard Elementary School. Oliver attended Garrison Junior High School and graduated from Baltimore City College High School in 1963. He attended the University of Maryland for two years, but transferred to Fisk University in Nashville, where he flourished under the tutelage of Dr. Jimmy Lawson, Dr. Theodore Courtney, David Driskell and Arna Bontemps. Oliver graduated from Fisk University in 1969 where he was a student leader. He went on to Columbia University Law School where he earned his J.D. degree in 1972.

From 1972 to 1978, Oliver practiced corporate law as an associate with the firm of Davis, Polk and Wardell in New York City. It was founding partner J. W. Davis who had lost the landmark federal Brown v. The Board Education case. Returning to the Washington and Baltimore area, Oliver served as corporate counsel for General Electric from 1978 to 1982. However, Oliver decided to return to help with the family newspaper, the Afro-American, and then, in 1982, Oliver became its publisher, chairman and chief operating officer.

Since taking over the helm, Oliver has overhauled the Afro-American Newspapers and the African American (the AFRO) publishing business, resulting in increased circulation. Today, the AFRO is digitally connected to three offices in Baltimore, Washington, D.C. and Richmond as well as its printer in Gaithersburg, Maryland. Oliver serves as a board member of First Mariner Bank, past president of the National Newspapers Publishers Association (NNPA) and chairman of the Maryland Higher Education Commission.

See how John Jacob "Jake" Oliver is related to other HistoryMakers
Donate Now
Click Here To Explore The Archive Today!