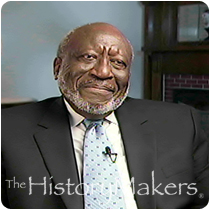 Distinguished African American journalist and college administrator, John H. Britton, Jr., was born July 21, 1937, in Nashville, Tennessee, to Martha Parrish Britton, a school teacher, and John Henry Britton, Sr., a minister. He credits them with instilling in him lifelong strong values and religious principles. He graduated from Pearl High School in 1954, a few days after the U. S. Supreme Court’s decision on Brown v. Board of Education. He enrolled in Lincoln University in Missouri, transferred after two years to the University of Michigan, and in 1958, he graduated from Drake University with a B.S. degree in journalism. In 1962, he earned an M.S. degree in journalism from Syracuse University in New York.

Britton moved to Atlanta, where he served as a reporter for the Atlanta Daily World. In 1962, he was hired by Jet magazine and worked there as an associate editor until 1966 when he went to work for the U.S. Commission on Civil Rights and later on the Ralph Bunche Civil Rights Documentation Project in Washington, D.C. In 1968, he returned to Jet magazine as managing editor. In 1971, Britton worked as a publicity manager with Motown Records, and then, in 1973, he was hired as director of public affairs with the Joint Center for Political and Economic Studies in Washington. He then moved to The Washington Post in 1976 to serve as public relations manager. In March 1978, Britton was hired as the director and then associate vice president for public affairs at the University of the District of Columbia, where he served for nineteen years.

In 1998, Britton returned to Nashville, Tennessee, as associate vice president for marketing and assistant to the president of Meharry Medical College. He continues to serve in the latter position. Throughout his career, he has served as a speechwriter and editorial consultant. Britton is married to Mrs. Cherrie Alvilda Dean Britton and is the stepfather of two adult sons. He and his first wife are the parents of one son, John H. Britton III of Potomac, Maryland. A member of Alpha Phi Alpha Fraternity since his undergraduate days at Lincoln University, Britton is also a member of the NAACP, and an associate member of the National Association of Black Journalists.

Britton was interviewed by The HistoryMakers on August 5, 2005.