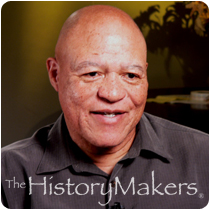 See how John Beasley is related to other HistoryMakers
Donate Now

Actor and theater founder John Beasley was born on June 26, 1943, in North Omaha, Nebraska, to Grace Virginia, Triplett and John Wilfred Beasley. Beasley’s neighbors included athletes Bob Gibson, Marlon Briscoe, Gale Sayers, Roger Sayers and Bob Boozer. Beasley’s maternal grandfather invented the brick of chili for Cuttahee Packing House. His parents separated and his father, an electrical contractor, moved to Chicago, Illinois. Beasley grew up at 24th and Lake near the Ritz Theatre and the Hotel Callahan. Beasley played football and was popular at Omaha Technical High School. He attended the University of Omaha from 1964 to 1968.

Beasley moved to Philadelphia, Pennsylvania, and after starting in the mailroom of WFIL-TV, he became assistant producer for a local children’s program called The World Around Us. Beasley worked on the waterfront, like Omaha’s Marlon Brando did in the movie of the same name. A small part in Germantown Theatre’s production of As You Like It started Beasley’s acting itch. From time to time, he studied and took classes and completed an internship in Minnesota with Don Cheadle. Beasley was cast in August Wilson’s early Goodman Theatre productions in Chicago; however, Beasley worked as a Union Pacific Railroad clerk for seven years before he decided to pursue acting as a full-time career. In his first year, Beasley’s dream to become an actor came true when he was cast alongside Oprah Winfrey in the short lived television series Brewster Place, and his career took off from there. Beasley’s other film and television credits include The Apostle, Rudy, The General’s Daughter, The Sum of All Fears and Everwood.

Still living in his hometown of Omaha, Beasley enjoys teaching and directing at his newly established theater, The John Beasley Workshop at Center Stage. Beasley also keeps busy with junior golf and tennis programs and fundraisers for the American Heart Association. He and his wife have been married for over forty years and have two grown sons who are aspiring actors.

See how John Beasley is related to other HistoryMakers
Donate Now
Click Here To Explore The Archive Today!