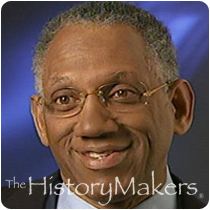 See how John Atchison is related to other HistoryMakers
Donate Now

Hairstylist and salon owner John Atchison was born in 1941 in Spartanburg, South Carolina. As an adolescent Atchison moved to New York City and finished high school there. Atchison grew up in close contact with his extended family and was initially motivated to be a hairstylist by watching one of his aunts do hair at her own beauty shop.

After finishing cosmetology school, Atchison worked at several salons before landing an assistant stylist position at the fashionable Vidal Sassoon salon. Rising swiftly through the ranks, he was soon appointed manager and artistic director for the Vidal Sassoon salons in New York City. In 1976, Atchison branched out on his own with a salon in New York where his methods and techniques have been at the forefront of style. As a salon owner Atchison is a strong advocate for professionalism and has implemented apprenticeship and continuing education programs. Subsequently, Atchison went on to found a training center for hair care professionals as well as a line of products for African American hair. Through his organization, he has trained thousands of hairstylists in the United States and the Caribbean.

The John Atchison Salon now has two locations, New York and Los Angeles, and after 25 years as an owner Atchison is regarded as one of the premier educators in the industry. Atchison is a motivational speaker and lecturer, and has been awarded numerous honors including a citation from Modern Salon in 1999 honoring him as one of the 75 educators of the century. He is also a consultant to the New York City Board of Education's cosmetology program.

See how John Atchison is related to other HistoryMakers
Donate Now
Click Here To Explore The Archive Today! 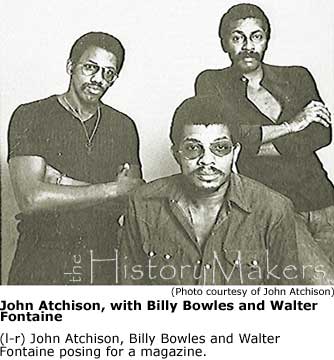 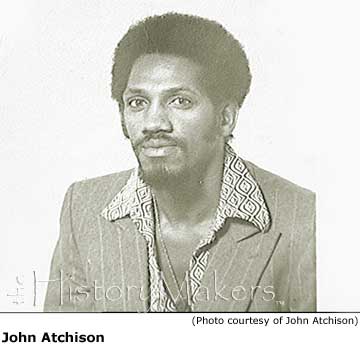