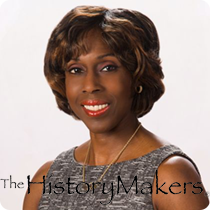 "In order to be successful you have to have the ability to remain focused."

Track and field athlete Joetta Clark Diggs was born on August 1, 1962 in East Orange, New Jersey to Joseph Clark and Jetta Clark. She graduated from Columbia High School in Maplewood, New Jersey in 1980, and received her B.A. degree in public relations from the University of Tennessee in Knoxville, Tennessee in 1984, where she won nine collegiate titles in track and field and was a fifteen time All-American.

In 1980, she participated in the Pan American Junior Athletics Championships and earned a gold medal in the 800 meters event. In 1988, she competed in her first Olympic Games, ranking within the top ten track athletes in the world. Diggs was a member of four U.S. Olympic teams and competed in 1992, 1996, and 2000 as well. She also participated in the World Indoor Championships in 1993 and won a bronze medal in the 800 meters event. In her final year on the Olympics team, Diggs was named captain of the women’s team. During her career, she ranked among the top ten American track and field athletes for twenty-one years, as well as among the top ten track athletes in the world since 1991. In 1998, Diggs was ranked number four in the world.  In 2000, Diggs was joined by her younger sister Hazel Clark, sister-in-law Jearl Miles-Clark and their coach, brother JJ to make Olympic history as the only family to comprise all three sports on the Olympic Team in the same event. In addition, she is the daughter of Jetta Clark and noted national educator and Principal Dr. Joe Clark, who was portrayed by Morgan Freeman in the popular motion picture, Lean On Me.

Following the end of her track and field career, she established the Joetta Clark Diggs Sports Foundation in 2002. The organization promoted physical activities for children of all ages and offered scholarships. She was also the president of Joetta Sports & Beyond, LLC, where she served as a motivational speaker.

Diggs and her husband, Ronald Diggs have one child, Talitha.

Joetta Clark Diggs was interviewed by The HistoryMakers on April 10, 2017.