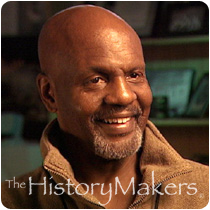 See how Joel Hall is related to other HistoryMakers
Donate Now

Joseph “Joel” Hall was born in Chicago, Illinois, on April 20, 1949. Hall began his dancing career in 1968 under the tutelage of Ed Parrish, and the following year, he moved to New York City, where he studied under Denise Jefferson. Returning to Chicago, he earned his B.A. degree in sociology from Northeastern Illinois University in 1972.

In 1974, Hall and Joseph Ehrenberg co-founded the Chicago City Theatre Company, which later became the Joel Hall Dance Center. Hall now serves as the artistic director and principal choreographer for the Joel Hall Dancers, and director and chief instructor of the training studio. Over the years, the Joel Hall Dancers have gained an international reputation and Hall has been widely acclaimed as a choreographer. His company has performed three seasons at the prestigious Joyce Theater in New York, and he has led the company on nine international tours, beginning with the Glasgow May Fest in 1985. Hall has created ballets for the Chicago City Ballet, the Zenon Dance Company in Minneapolis and Ballet Tennessee in Chattanooga, as well as choreographing the opera The Pearl Fishers at the Chicago Opera Theatre and Goldie Hawn’s film, Wildcats. In 1991, Hall choreographed the 50th Anniversary presentation of Duke Ellington’s musical Jump for Joy. In addition to these productions, he has created more than forty ballets for his own company.

Hall has also gained attention as an instructor of jazz dance. He has taught at Wayne State University, New York State University, Northern Illinois University, and Western Michigan University. He has also taught internationally, conducting classes in Liverpool, Glasgow, Inverness, Kirkcaldy, Belfast, and the United Kingdom. At the time of the interview, the Joel Hall Dance Center in Chicago offeredA2004.170 more than 150 classes a week to students ranging from age three to adults.

See how Joel Hall is related to other HistoryMakers
Donate Now
Click Here To Explore The Archive Today!