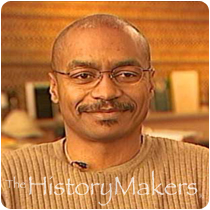 See how Joe Marshall is related to other HistoryMakers
Donate Now

Joseph Earl Marshall, Jr. was born on May 12, 1947, in St. Louis, Missouri. His father, Joseph Marshall, Sr. worked for a gas company while his mother, Odessa Marshall, worked as a nurse. By splitting shifts, Marshall's parents ensured that one was always home and that all nine of their children could attend college. Inspired by this example and by his grandmother, who told Marshall when he was six, "The more you know, the more you owe," Marshall has become a role model with a monumental mission: to save a generation of African American youth.

Marshall spent much of his own youth in South Central Los Angeles, California, before attending the University of San Francisco, where he majored in political science and sociology. After graduating with a B.A. in 1968, Marshall began teaching middle school in San Francisco. He earned an M.A. in education from San Francisco State University in 1974. Despite his influence as both a teacher and administrator, Marshall saw too many children drop out, go to jail or die. Desperate to address what he saw as a lack of information about how to live, Marshall teamed up with a fellow staff member at Potrero Hill Middle School, Jack Jacqua, to form the Omega Boys Club in 1987.

The Omega Boys Club began with fifteen members and offered tutoring, basketball and other positive activities to fulfill a mission of keeping young people alive, unharmed by violence and free from incarceration while providing opportunities and support for youth to build positive lives. Since that time, over 180 young people supported by the Omega Boys Club/Street Soldiers have gone to college, many of them former gang members and drug dealers. Omega's services include the Omega Academic Preparation and Scholarship Program, a thirty-six-week course which prepares youth for college; the Street Soldiers Violence Prevention Program, which educates community agencies, schools, and inmates in both juvenile and adult correctional facilities about behaviors that increase the risk of violence and how to decrease that risk; the Omega Training Institute, a four-day seminar which teaches Omega's methodology of violence prevention and intervention to youth service providers, teachers, police officers, lawyers and judges; and the Street Soldiers Radio Show, a nationally syndicated call-in talk show which provides approximately 450,000 listeners in forty cities with weekly counseling.

Marshall earned a Ph.D. in psychology from Wright Institute in Berkeley, California in 1997. He has served as a Planning Board Member of the Surgeon General's Report on Youth Violence and as an advisor for community violence prevention at the Harvard University School of Public Health. He received the Freedom Works Award from the U.S. Congress, a MacArthur "Genius Award" and numerous other honors. He and his wife Saundra have three children.

See how Joe Marshall is related to other HistoryMakers
Donate Now
Click Here To Explore The Archive Today!