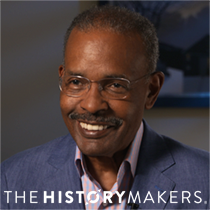 Favorite Color:
Black
Favorite Time of Year:
Early Fall
Favorite Quote:
What Are You Going To Do About It?

Favorite Color:
Black
Favorite Time of Year:
Early Fall
Favorite Quote:
What Are You Going To Do About It?

See how Joe Madison is related to other HistoryMakers
Donate Now

Radio host Joe Madison was born on June 16, 1949 in Dayton, Ohio to Nancy Stone and Felix Madison. He graduated from Roosevelt High School in 1967 in Dayton. Madison enrolled at University of Wisconsin-Whitewater, in 1967, but received his B.A. degree in sociology in 1971 from Washington University in St. Louis, Missouri.

He worked in public relations at General Motors Corporation, in Detroit, Michigan from 1969 to 1970 and also worked as a statistician for the Saint Louis Cardinals football club, in St Louis, Missouri in 1970. He served as a communications associate for Mead Corporation, in Dayton, during the 1970s, and worked as associate director in urban affairs at Seymour & Lundy Associates, a public relations firm in Detroit from 1971 to 1974. Madison was selected to serve as executive director of Detroit's NAACP branch at the age of twenty four, the youngest person to be appointed to the position, serving from 1974 to 1978. Appointed by NAACP executive director Benjamin Hooks, Madison then served as NAACP national political director from 1978 to 1986. He began his broadcasting career at Detroit's WXYZ-AM radio station in 1980, and later worked at FM talk station WWDB in Philadelphia. Madison joined WWRC-AM in Washington, D.C., from 1988 to 1989 where he developed “a crossover appeal” handling issues that included race, but were aimed at the station's multicultural audience. From 1989 to 2007, he worked as a broadcaster at Radio One. In 1998, Madison left WWRC-AM to start an online chat show. He joined urban talk radio station WOL-AM, in Washington, D.C., serving as broadcaster and program director from 1999 to 2013. He joined SiriusXM in 2007. A radio talk show host and civil rights activist, widely known as “The Black Eagle,” Madison can be heard on his SiriusXM Urban View titular weekday morning show, The Joe Madison Show.

Joe Madison was elected to the board of directors for the NAACP, and served from 1986 to 1999 and he also was appointed chairman of the NAACP Image Awards.

Madison and his wife Sharon have four children including Michelle, Shawna, Jason and Monesha, and five grandchildren.

Joe Madison was interviewed by The HistoryMakers on August 17, 2018.

See how Joe Madison is related to other HistoryMakers
Donate Now