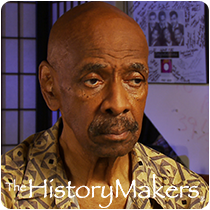 Singer and performer Joe Billingslea, Jr. was born on November 14, 1937 in Hamtramck, Michigan. Before his first birthday, his parents moved to Detroit, Michigan where he was raised. He sang with the boys' choir while attending Chadsey High School. After graduation, he enlisted in the United States Air Force. While stationed in the State of Maine, Billingslea formed a vocal group with four other airmen called the Revere Tone Five. After receiving an honorable discharge following his four-year stint, he returned to Detroit.

Upon his return, Billingslea was invited by an old high school friend, Billy Gordon, to join his singing group, The Majestics. In 1958, the group disbanded, so Billingslea and Gordon decided to form a new vocal group. Billingslea placed a want-ad in the local newspaper looking for singers. Billy Hoggs responded to the ad and became the group's third member. At Hoggs' recommendation, his friend Billy Rollins, became the fourth member of a group they named The Blenders. Within weeks, Rollins was replaced with another friend of Hoggs, Leroy Fair. In 1959, Hubert Johnson was added, making the group a quintet. At Billingslea’s suggestion, the group renamed itself "The Contours."

Within days of the name change, The Contours signed a recording contract with Motown Records. The group's first two records in 1960 and 1961 on the Motown label didn't receive much airplay outside the Midwest. However, in 1962 the group made music history with the million-seller, "Do You Love Me", recorded on Motown's newest label, Gordy. Billingslea continued to sing with The Contours for two more years, racking up a number of chart hits on the way. In 1964, every member of The Contours, except Billy Gordon, left the group over creative differences with Motown.

Billingslea took a job for Chrysler Corporation at the Dodge Truck Plant in Warren, Michigan. A year later, he was elected UAW Chief Steward; a position he held until he resigned in 1968 to join the Wayne County Sheriff's Department. In 1977, he joined the Detroit Correctional Department (DeHoCo), and eventually reached the rank of Sergeant.

In the early 1970s, Billingslea reconstituted The Contours and the group began playing weekends in the greater Detroit area, with occasional dates outside Michigan, including a few international dates. While leading The Contours, he continued to work his day job and in November 1985 he was assigned to the Detroit Police Department, 9th Floor Lockup.

In 1987, the release of the movie, "Dirty Dancing" created a renewed interest in The Contours’ music. The 1988 re-release of "Do You Love Me" from the movie's soundtrack soared on the charts, eventually going multi-platinum at level 4.0. The movie's success prompted the ten-month "Dirty Dancing Tour," in which The Contours participated.

In 1989, Billingslea decided to resign from the Detroit Police Department to devote all of his time to The Contours and his singing career. He is married and has eight children - five boys and three girls.

Joe Billingslea was interviewed by The HistoryMakers on June 22, 2014.