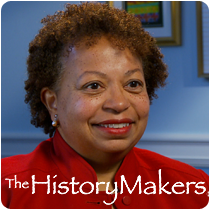 University president and neurobiologist Joanne Berger-Sweeney was born on September 21, 1958, in Los Angeles, California, to Arminta Parks and Paul Sweeney. She received her B.A. degree in psychobiology in 1979 from Wellesley College, in Wellesley, Massachusetts, her M.P.H. degree in environmental health sciences in 1981 from the University of California, Berkeley, and her Ph.D. degree in neurotoxicology in 1989 from the Johns Hopkins School of Public Health, in Baltimore, Maryland.

After graduating from Wellesley College, Berger-Sweeney worked for the Deputy Assistant Secretary for Population Affairs in the U.S. Department of Health and Human Services and as a sanitary engineering consultant at the California Indian Legal Services and Project Leader at the California State Department of Health. After receiving her master’s degree, she became an environmental scientist at Engineering Science, Inc., and an assistant resident manager at the Hackerman-Patz House for Oncology Patients and Families at Sinai Hospital in Baltimore, Maryland. Berger-Sweeney completed her postdoctoral training at the Institut National de la Santé et de la Recherche Médicale (INSERM in Paris, France. In 1991, Berger-Sweeney was hired at her alma mater as the Allene Lummis Russell Professor in Neuroscience and was promoted to associate dean in 2004. From 1995 to 2004, Berger-Sweeney served as a lecturer in the Department of Psychiatry at Harvard Medical School. In 2010, she was appointed dean of the School of Arts and Sciences at Tufts University, in Medford, Massachusetts, where she also worked as a professor of biology. In 2014, Berger-Sweeney became president of Trinity College in Hartford, Connecticut, in 2014, where she also serves as a professor of neuroscience.

Berger-Sweeney’s honors include being named a Fellow by the Faculty for Undergraduate Neuroscience and receiving a Lifetime Mentoring Achievement Award from the Society for Neuroscience and a National Science Foundation Young Investigator Award. She was elected as Fellow in the American Association for the Advancement of Science in 2012 and a member of the American Academy of Arts & Sciences in 2018. Berger-Sweeney was a recipient of the 2016 Lifetime Achievement Award presented by the Connecticut NAACP.

Berger-Sweeney and her husband, Urs V. Berger, live in Hartford, Connecticut. They have two children, Clara and Tommy.