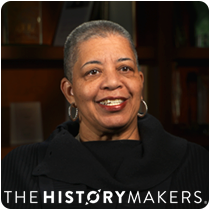 See how JoAnn Price is related to other HistoryMakers
Donate Now

After graduation, Price worked as a legislative assistant to Pennsylvania Senator Richard Schweiker for seven years. In 1978, she became vice president of the American Association of Minority Enterprise Small Business Investment Companies, later becoming the National Association of Investment Companies (NAIC). In 1983, she was appointed its president, where she led state and national policy initiatives in support of member investment companies. In 1992, Price led the formation of a strategic partnership between that NAIC and Bigler Crossroads Investment Management Corporation, a nationally recognized private equity fund-of-funds based in Farmington, Connecticut. The purpose of this partnership was to create a vehicle that could successfully intermediate capital between institutional investors and underserved markets. In 1994, after two and a half years, the partnership was formed and funded as Fairview Capital Partners, with Price and Laurence C. Morse as its founders. Fairview initially closed with $100 million of capital under management. Fairview managed nearly $10 billion in committed capital with expanded investment strategies that include mainstream and customized venture programs, private equity, co-investment, and secondary portfolios.

Price has served on the advisory boards of several private equity funds in which Fairview has invested, including Robert L. Johnson (RLJ) Equity Partners, Syncom, Inc., and Black Enterprise/Greenwich Street Corporate Growth Partners. An active philanthropist and supporter of community service organization, Price served as chair of the board of directors of the Hartford Foundation for Public Giving and as director of the Apollo Theater Foundation and the Howard University School of Business Board of Visitors. She also served as chairperson for the Amistad Center for Art & Culture in Hartford, Connecticut, and was appointed director of the Connecticut Board of Regents for Higher Education by Governor Dannel P. Mallory. In 2012, she was honored by the YMCA of Greater Hartford with the R.C. Knox Award for Distinguished Leadership.

Price is an active member of Union Baptist Church in Hartford, Connecticut. She served in a number of capacities, leading to her ordination as deacon in 2012. Price and her husband, James Price, a retired attorney, have three children.

JoAnn Price was interviewed by The HistoryMakers on November 20, 2018.

See how JoAnn Price is related to other HistoryMakers
Donate Now