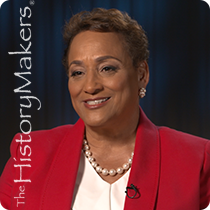 "Be The Person You Want Others To Be."

Jenkins began her career as an executive assistant in the U.S. Department of Housing and Urban Development in 1981. She then became a special assistant at the U.S. Department of Transportation in 1985, a position she held until 1987. Jenkins left the Department of Transportation, and became partner at Quality Management Services. She then joined the U.S. Department of Agriculture in 1990 as the director of the Office of Advocacy and Enterprise. In 1994, Jenkins became chief of staff at the Library of Congress, and was later appointed as the chief operating officer in 2007. Jenkins remained at the Library of Congress until 2010, when she was named president of the AARP Foundation. Jenkins then served as chief operating officer of AARP from 2013 to 2014, and was appointed as its chief executive officer in 2014, becoming the first African American woman to assume the role. In 2016, Jenkins released her book, Disrupt Aging: A Bold New Path to Living Your Best Life at Every Age, which became a national bestseller.

Jenkins was named as the “Non-Profit Influencer of the Year” in 2015, as one of “Washington’s Most Influential People” in 2015 and 2016, and was on the Non-Profit Times’ “Power and Influence Top 50” list from 2013 through 2016. Jenkins also received the Women in Technology Leadership Award in 2010, the Director’s Award from the Peace Crops in 2014, and became a Malcolm Baldrige Fellow in 2013.

Jenkins was actively involved with the Congressional Hunger Center, the Colonial Williamsburg Foundation, the U.S. Small Business Administration Council on Underserved Communities, Living Cities, and Caring for Military Families. She was also appointed to the board of directors for AARP Services.

Jenkins and her husband, Frank G. Jenkins, have two children, Christian and Nicole.

Jo Ann Jenkins was interviewed by The HistoryMakers on August 2, 2017.