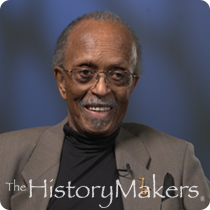 See how Jimmy Heath is related to other HistoryMakers
Donate Now

Musician and jazz composer Jimmy Heath was born on October 25, 1926 in Philadelphia, Pennsylvania to Arlethia and Percy Heath Sr. He attended Walter George Smith School in South Philadelphia and graduated from Williston Industrial School in Wilmington North Carolina in 1943.

As a teenager, Heath took music lessons and played the alto saxophone in the high school marching band. He also played in a jazz band called the Melody Barons and toured with the Calvin Todd Band in 1945, before joining a dance band in Omaha, Nebraska led by Nat Towles. Heath later formed his own big band, including John Coltrane, Specs Wright and Nelson Boyd. He also recorded with trumpeter Howard McGhee, who called him “Little Bird” because of his affinity to Charlie Parker. In 1948, McGhee took Heath and his older brother Percy to Paris, France for the First International Jazz Festival headlined by Coleman Hawkins and including Erroll Garner.

In 1949, he recorded his first big band arrangement on Gil Fuller Orchestra’s Bebop Boys. Dizzy Gillespie then hired Heath to play in his band with Coltrane and Specs Wright. In 1952, Heath switched to Tenor sax and played with the Symphony Sid All Stars, featuring Miles Davis, J.J. Johnson, Milt Jackson, Kenny Clarke and his brother Percy. In 1953, Heath recorded his composition C.T.A with Miles Davis and another with J.J. Johnson which included Clifford Brown.

In 1959, Heath rejoined Miles Davis and made his debut album for Riverside Records called The Thumper followed by Really Big in 1960, The Quota in 1962, and Triple Threat in 1963. Heath recorded eight more albums as a leader. In 1975, he formed the Heath Brothers, with his two brothers, Percy and Albert “Tootie” Heath and Stanley Cowell, and recorded albums Live At The Public Theater on CBS for which they received a Grammy nomination, As We Were Saying and Endurance released in 2010.

In 1987, Heath became a professor of music at the Aaron Copland School Of Music at Queens College. There, he premiered his first symphonic work, Three Ears with Maurice Peress. In 2010, Heath’s autobiography was published by Temple University Press, I Walked With Giants, and it was voted “Best Book of The Year” by the Jazz Journalist Association. Heath recorded three big band records, Little Man Big Band produced by Bill Cosby, Turn Up The Heath and Togetherness live at the Blue Note. Vocalist Roberta Gambarini recorded twelve Heath songs for the album, Connecting Spirits.

Heath has one son, James Mtume, from a previous relationship and two children with his wife, Mona Heath; their daughter, Roslyn Heath and their son, Jeffrey Heath.

See how Jimmy Heath is related to other HistoryMakers
Donate Now
Click Here To Explore The Archive Today!