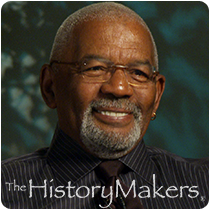 See how Jim Vance is related to other HistoryMakers

Upon graduation, Vance worked as a teacher in the Philadelphia Public Schools, and was then hired as a print journalist for The Philadelphia Independent. During this time he also worked weekends at the radio station WHAT-AM. In 1968, Vance moved to WKBS-TV in Philadelphia, where he served as a reporter and interviewed Muhammad Ali. The following year, Vance joined WRC-TV NBC 4 in Washington, D.C., where he has worked for over forty-five years.

At WRC-TV, Vance worked as co-anchor with Glenn Rinker between 1972 and 1976, and then as a co-anchor with Sue Simmons from 1976 to 1980. Vance and Simmons were one of the first African American co-anchors of a major market newscast. Since 1989, Vance has co-anchored with Doreen Gentzler and they are the longest-running anchor team in Washington, D.C.

Vance has earned numerous awards and honors, including seventeen Emmys and membership in the Silver Circle of the Washington Chapter of the National Association of Television Arts and Sciences. He holds the Ted Yates Award for outstanding community service and has been honored as “Washingtonian of the Year.” Vance was inducted into the National Association of Black Journalists Hall of Fame in 2007, and on May 2, 2008, he was inducted into the National Alumni Hall of Fame of Cheyney University of Pennsylvania. He has also appeared in the documentaries, Without Bias and The Nine Lives of Marion Barry; and the feature film State of Play.

Vance lived in Washington, D.C. with his wife, Kath McCampbell Vance. They have three children and one grandson.

Jim Vance was interviewed by The HistoryMakers on May 19, 2014.

See how Jim Vance is related to other HistoryMakers
Click Here To Explore The Archive Today!