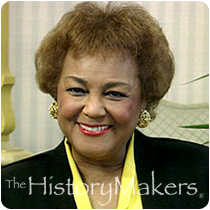 In the late 1940s, Lafontant-MANkarious and her then husband, John Rogers, Sr., went into practice together in the law firm of Rogers, Rogers, and Strayhorn. Lafontant-MANkarious also worked as a trial attorney for the Chicago Legal Aid Society, where she handled landlord-tenant disputes from 1947 to 1953. In 1955, during President Dwight D. Eisenhower’s administration, she became the first African American woman to serve as assistant U.S. attorney for the Northern District of Illinois. Following that post, she was appointed by President Richard Nixon as the first African American deputy solicitor general in 1973. During President George H. W. Bush's administration, from 1989 to 1993, Lafontant-MANkarious assumed the roles of U.S. ambassador-at-large and U.S. coordinator for refugee affairs. She also served as the vice chairperson of the U.S. Advisory Commission on International, Educational and Cultural Affairs.

During her career, Lafontant-MANkarious served on more than twenty corporate boards, including Jewel Companies, Inc., Continental Bank, Mobil Corporation, Revlon, Inc., Ariel Capital Management, and Pan American Airlines. She served as secretary of the National Bar Association from 1956 to 1964, and was active in the Cook County Bar Association, Delta Sigma Theta sorority, the Commercial Club of Chicago, the Economic Club of Chicago, and the Chicago branch of the National Association for the Advancement of Colored People (NAACP).

Jewel Lafontant-MANkarious was interviewed by The HistoryMakers on February 5, 1993.

Lafontant-MANkarious passed away on May 31, 1997 at age 75. Her son is John Rogers, Jr., founder and chief executive officer of Ariel Investments.

See how Jewel Lafontant-MANkarious is related to other HistoryMakers
Donate Now
Click Here To Explore The Archive Today!