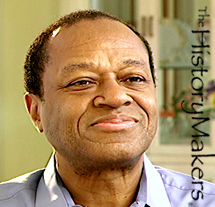 See how Jerry Harkness is related to other HistoryMakers
Donate Now

Born in May 1940 in Harlem, New York, Jerry Harkness is an athlete of natural talents. As a student, he played every sport imaginable; however, when Jerry Harkness joined the basketball team at DeWitt Clinton High, his ability on the court became apparent. While attending Loyola University, his performance on the basketball court made sports history as Jerry Harkness led the team in scoring for three consecutive years. Nearly forty years after ending his collegiate basketball career, the 1,749 points he scored still remains the third highest in Loyola's history. As team captain in 1963, he led Loyola to the National Championship and was named the NCAA's Most Valuable Player.

Upon his graduation, Jerry Harkness decided to join the New York Knicks. In 1967, he was traded to the Indiana Pacers. Two years later, Jerry Harkness became a sportscaster in Indianapolis.

He also devoted much of his time to civil rights issues, by serving with the Indiana Human Rights Commission and working actively with the Southern Christian Leadership Conference. Currently, Jerry serves as Executive Director of the Indianapolis Chapter of 100 Black Men.

See how Jerry Harkness is related to other HistoryMakers
Donate Now
Click Here To Explore The Archive Today! 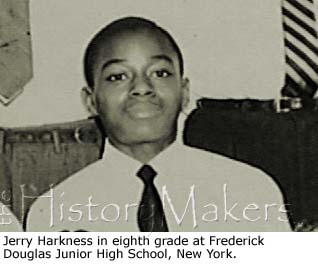 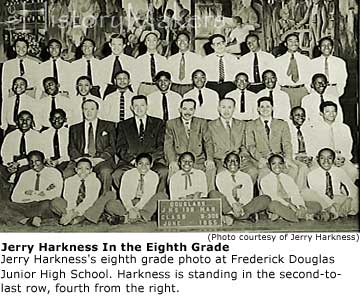