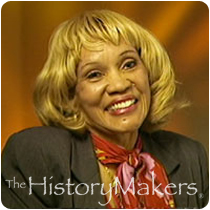 See how Jerline Lambert is related to other HistoryMakers
Donate Now

Jerline Lambert was born in West Helena, Arkansas, on July 16, 1938, and was adopted when she was ten months old. While her early education was in Arkansas, Lambert finished her education in Chicago, earning an A.A. from Central YMCA and a B.A. from Northeastern Illinois University in Chicago in 1989. Lambert has also received a variety of other certifications, including a certified real estate appraiser license from Howard University and a certified real estate manager license from the University of Chicago.

Lambert first began in real estate in 1965, when she went to work as a sales representative for Well's Realty in Chicago. In 1968, she became a real estate broker and opened up Lambert's Realty, serving as president and CEO. Lambert took classes and became the first African American woman certified real estate manager. Since then, her business has grown to include real estate appraisals and property management, incorporating a staff of fifteen, including four of Lambert's children.

In recent years, Lambert was appointed by the National Association of Realtors to work as district coordinator for Illinois Congressman Danny Davis, bringing to his attention various housing related issues throughout his district. She has also been involved in a number of community organizations and has been the recipient of numerous awards. She was appointed by former Illinois Governor Jim Edgar to serve as a member of the Governor's Commission of Mortgage Practices; is president emeritus of the Chicago Chapter of Africare; and the first vice president of the Midwest Community Council. Lambert has also served on the national board of Operation PUSH. Lambert has appeared in Who's Who In American Women, has been the recipient of the Rainbow/PUSH Women in Business Achievement Award and has received the Midwest Community Council Lifetime Award for Distinguished Community Service.

See how Jerline Lambert is related to other HistoryMakers
Donate Now
Click Here To Explore The Archive Today!