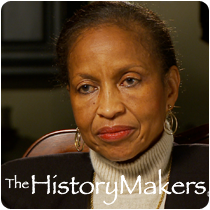 See how Jennie Patrick is related to other HistoryMakers
Donate Now

Chemical engineer Jennie R. Patrick was born in Gadsden, Alabama on January 1, 1949. Her parents had only achieved schooling up to the sixth grade, with James working as a janitor and Elizabeth working as a maid. They encouraged Jennie and her four siblings to excel in their studies as a way to escape poverty. In 1964 Patrick attended Gadsden High School, a previously all white high school that was forced to integrate due to the Brown v. Board of Education Supreme Court decision. She graduated with honors in 1967 and then attended Tuskegee Institute until 1970, when the chemical engineering program was eliminated. Patrick transferred to the University of California at Berkeley, and received her B.S. degree in 1973. She went on to earn her Ph.D. degree in chemical engineering from the Massachusetts Institute of Technology (MIT) in 1979.

Upon graduation, Patrick was hired in various positions in the chemical research and development industry, including General Electric, the Philip Morris Research Facility and the Rohm and Hass Company in Bristol. She was at Rohm and Haas for five years until 1990, when she became the assistant to the executive vice president at Southern Company Services in Birmingham, Alabama. Patrick also served as an adjunct professor at Rensselear Polytechnic Institute from 1980 to 1983, and at Georgia Institute of Technology from 1983 to 1987. Patrick returned to Tuskegee University in 1993 as the 3M Eminent Scholar and Professor of Chemical Engineering. In addition to her teaching duties, Patrick is developing research projects in material sciences, is actively involved in leadership roles at Tuskegee, and remains firmly committed to helping minority students find success, particularly in the fields of science and engineering. Patrick later worked as a senior consultant with Raytheon Engineers and Constructors in Birmingham and, in 2000, she founded Education & Environmental Solutions.

Patrick has received recognition from professional and academic organization, including the American Association of University Women Post-doctoral Fellowship, the National Fellowship Foundation Scholarship, the Outstanding Women in Science and Engineering Award. In 1983, she was featured in the “Exceptional Black Scientist” poster series by CIBA-GEIGY Corp.

Jennie R. Patrick was interviewed by The HistoryMakers on December 14, 2012.

See how Jennie Patrick is related to other HistoryMakers
Donate Now
Click Here To Explore The Archive Today!