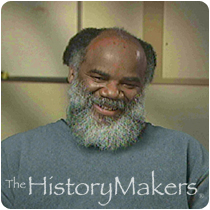 See how Jeffrey Mumford is related to other HistoryMakers
Donate Now

Jeffrey Mumford served as instructor in music at the Washington Conservatory of Music, artist in residence at Bowling Green State University, and assistant professor of composition at the Oberlin Conservatory of Music. A native of Washington, D.C., he earned his B.A. degree at the University of California, Irvine, and his M.A. degree from the University of California, San Diego. Mumford has composed solo works for voice, piano, and other instruments, as well as works for chamber ensemble, chorus and orchestra. His recordings include The Focus of Blue Light, and Dark Fires.

Mumford and his wife have one daughter.

See how Jeffrey Mumford is related to other HistoryMakers
Donate Now
Click Here To Explore The Archive Today!