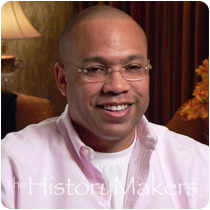 Favorite Color:
Blue, Brown, Red
Favorite Food:
Seafood
Favorite Time of Year:
Summer
Favorite Vacation Spot:
Jamaica
Favorite Quote:
If Chef Jeff Can Do It, You Can Do It.

Favorite Color:
Blue, Brown, Red
Favorite Food:
Seafood
Favorite Time of Year:
Summer
Favorite Vacation Spot:
Jamaica
Favorite Quote:
If Chef Jeff Can Do It, You Can Do It.

See how Jeff Henderson is related to other HistoryMakers

Chef Jeffery Henderson was born in 1964 in the Watts neighborhood of Los Angeles, California to June Marie Giles, a welder, and Charles Henderson, Jr. Raised by a singer mother, Henderson was born months before the Watts Riots of 1965. Henderson attended several elementary and junior high schools including Toluca Lake Elementary School in North Hollywood, California and Hamilton Junior High School in Long Beach, California. While attending John Muir Junior High in Burbank, California, he met a cousin who was a drug dealer and started selling drugs.

Henderson grew up on the tough streets of South Central, Los Angeles and San Diego in areas where local gangs battled daily. In the early 1980s, Henderson moved to San Diego, along with his mother and sister, and his drug dealing habits increased. He earned as much as $35,000 a week dealing cocaine in San Diego. Then, in 1988, when Henderson was twenty four years old, the police arrested one of his couriers with $40,000 in cash and a large amount of cocaine. The paperwork led them directly to Henderson, who received a sentence of ten years and seven months in prison. In 1989, Henderson entered prison. While incarcerated, Henderson developed a passion for cooking and was committed to turning his life around. He watched news programs on television, read the "L.A. Times," "USA Today," self-help books and took business courses. He also worked in prison kitchens, starting as a dishwasher and eventually preparing meals as a chef. In 1992, Henderson was transferred to Nellis Air Force Base and worked in the dining hall. Henderson was accepted into the Culinary Training School for inmates at Maxwell Air Force Base in Alabama.

In 1997, Henderson left prison and his attempt to find employment proved fruitless. Henderson was hired as a dishwasher, and then was promoted to line cook. He moved on to other Los Angeles area restaurants, studying menus and books, and ultimately he was hired at the Ritz-Carlton in Marina Del Rey, Hotel Bel-Air in Los Angeles and the L'Ermitage Hotel in Beverly Hills. Soon, he moved to Las Vegas, and after numerous rejections won a job with Caesars Palace. Within the year, Henderson was promoted to head chef. He became Executive Chef at Café Bellagio in Las Vegas. By 2001, Henderson was honored as Chef of the Year by the American Food and Wine Tasting Federation, and soon established The Westside Group, a non-profit organization to help troubled kids. In 2007, he published his memoir, "Cooked: From the Streets to the Stove, from Cocaine to Foie Gras." Henderson focuses on giving back to his community with "The Chef Jeff Project," in which he takes six at-risk young adults and commits to turning their lives around by putting them to work in his catering company, Posh Urban Cuisine.

Jeff Henderson resides in Las Vegas with his wife and three children.

Jeff Henderson was interviewed by The HistoryMakers April 7, 2007.

See how Jeff Henderson is related to other HistoryMakers
Click Here To Explore The Archive Today! 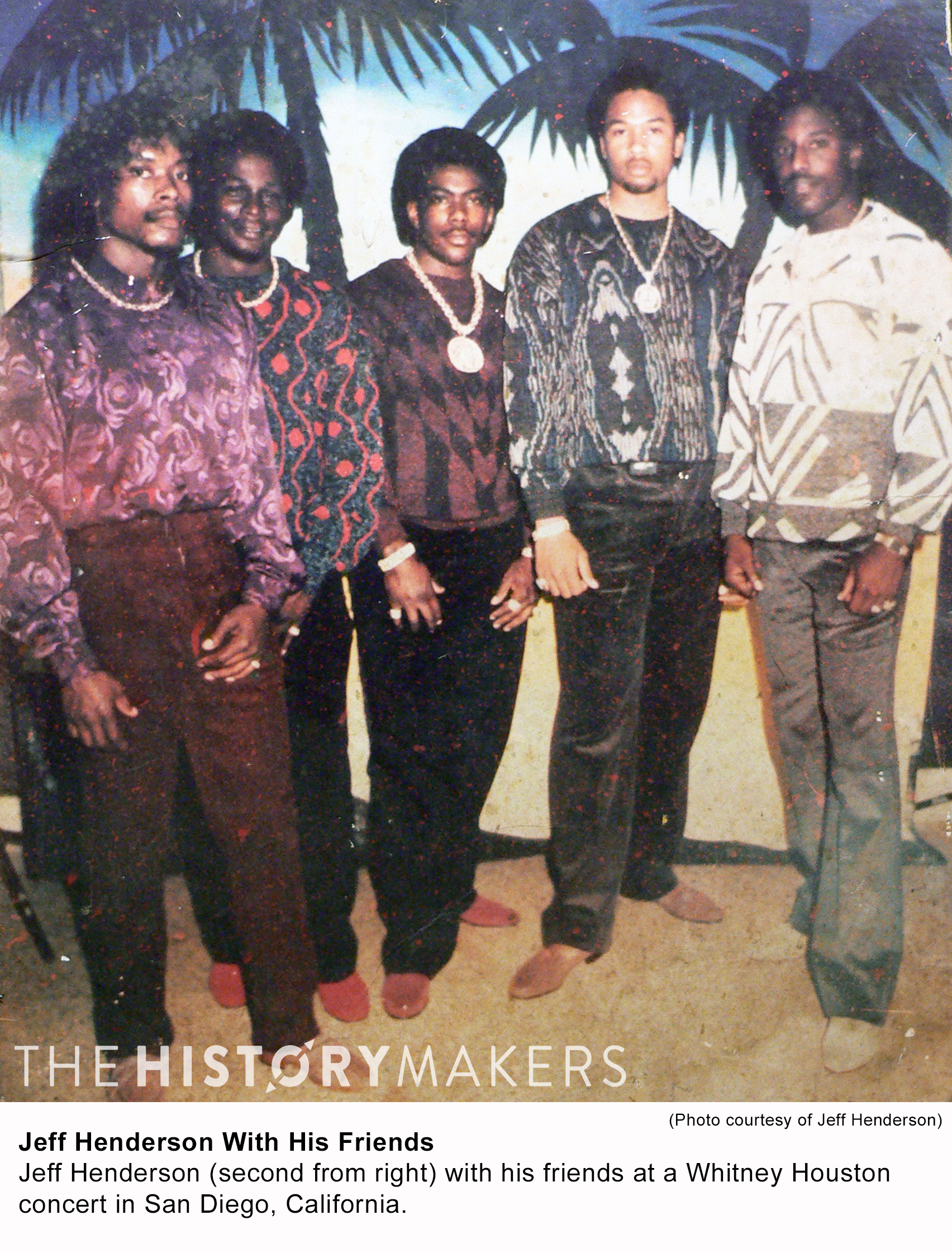 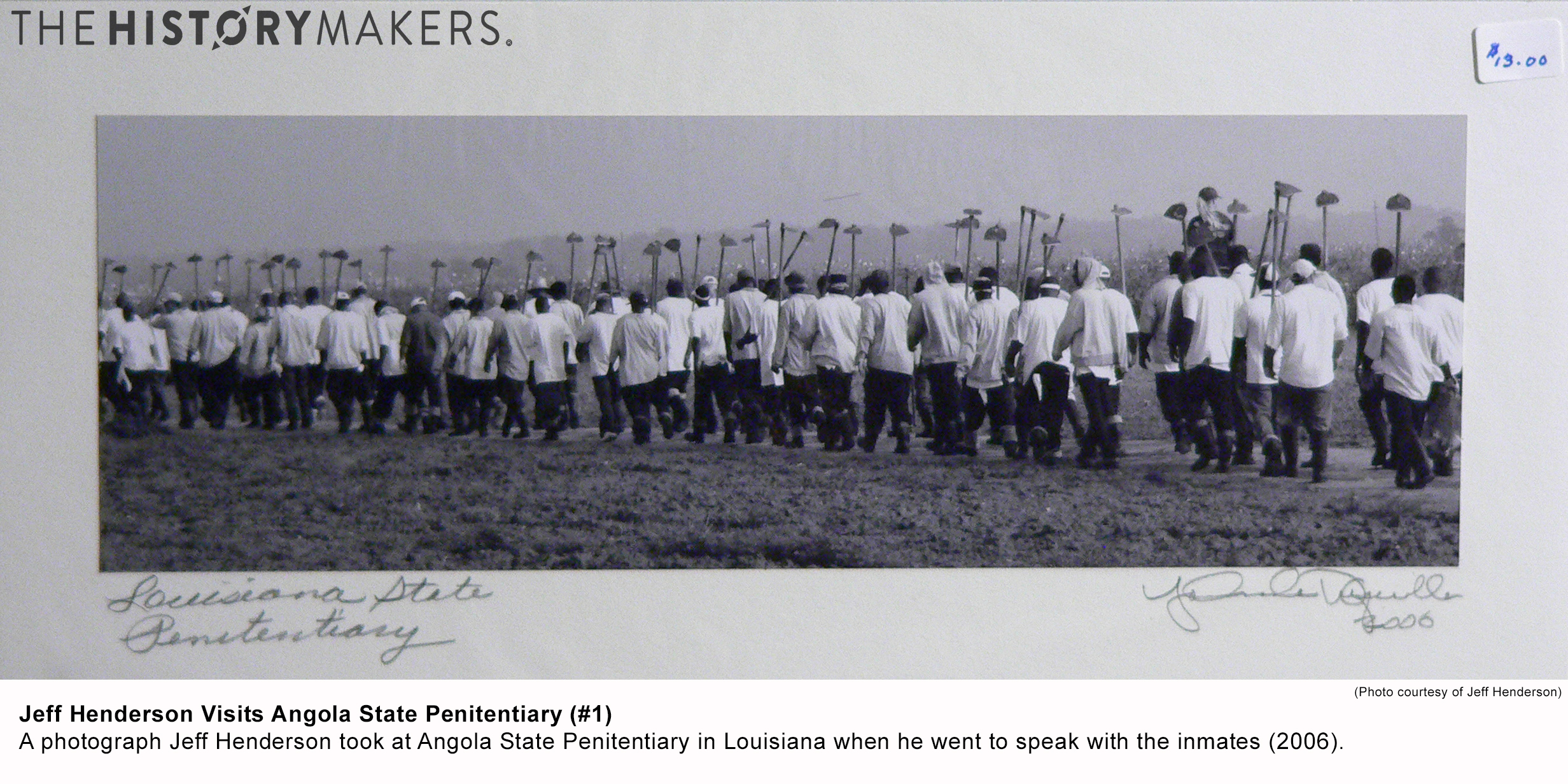