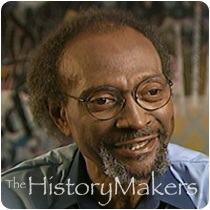 See how Jeff Donaldson is related to other HistoryMakers

Jeff Donaldson is an African American artist, art historian, and critic who has helped to articulate the philosophy and aesthetics of the Black Arts Movement in the United States. Born in Pine Bluff, Arkansas, a black college town, in 1937, Donaldson was three when his older brother started drawing. This encouraged him to start drawing cartoons and comic books as well.

Donaldson's love of the arts continued, and upon enrolling in the University of Arkansas at Pine Bluff, he established the school's first arts major. Here, his lifelong interest in Afrocentric art was nurtured under the tutelage of John Howard, who mentored under the great Harlem Renaissance artist Hale Woodruff. After graduating with a Masters Degree in Fine Arts from the Institute of Design of the Illinois Institute of Technology in Chicago, Donaldson obtained a Ph.D. in African and African American Art History from Northwestern University.

Through his involvement with the Organization of Black American Culture (OBAC), a group Donaldson helped form in Chicago, he organized the visual arts workshop that painted the Wall of Respect in 1967. The mural celebrated significant African Americans and set in motion a movement of outdoor murals painted in United States cities throughout the 1970s. Along with Wadsorth Jarrell, Barbara Jones-Hogu, and other African American artists, Donaldson founded AfriCobra (an acronym for African Commune of Bad Relevant Artists) in Chicago in 1968. AfriCobra established its objectives in developing a new African American aesthetics as well as its commitment to the principles of social responsibility, involvement of artists in their local communities, and promotion of pride in Black self-identity.

As a painter, Donaldson has participated in over 200 group and solo exhibitions in galleries and museums in Africa, Europe, South America, the Caribbean, and the United States. He has written numerous critical essays and has served as the Dean of the College of Fine Arts at Howard University. Donaldson also served as Vice President of the Board of Directors of The Barnes Foundation and was on the Board of Directors of the National Center for Afro-American Artists.

See how Jeff Donaldson is related to other HistoryMakers
Click Here To Explore The Archive Today! 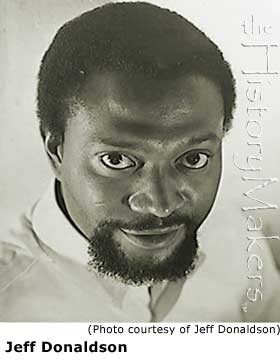 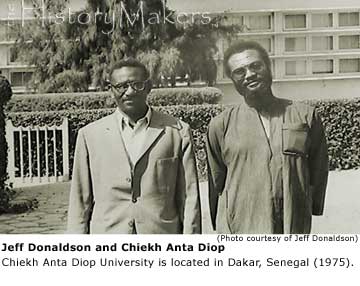