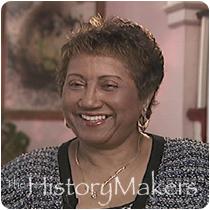 City historian Dr. Janette Hoston Harris was born on September 7, 1939, in Monroe, Louisiana; her mother, Maud Marrie Hoston, was a homemaker and her father, Eluin Homer Hoston, was a printer and businessman who opened the first shoe store in Louisiana for African Americans, "Hoston's Shoes and Bootery." In 1956, Harris earned her high school diploma from Carroll High School in Monroe, Louisiana, where she was a member of the English and spelling bee clubs and the basketball team. From 1956 until 1960, Harris attended Southern University, where she was active in the Methodist club, a co-founder of Gamma Sigma Sigma sorority, and captain of the drill team. In 1960, during her senior year, Harris and six other students were arrested for attempting to desegregate an all-white lunch counter. The arrest resulted in her expulsion from Southern University and, by order of the governor, her being prohibited from attending any college in the state of Louisiana. Harris completed her education at Central State University in Ohio, where she earned her B.A. degree in psychology in 1962.

After her graduation, Harris worked in the selection division of the Peace Corps. From 1964 until 1970, Harris had a career in education, teaching second, fourth, fifth and sixth grades in Washington, D.C. public schools. From 1970 until 1972, Harris worked as a research associate for the Association for the Study of Afro-American Life and History. Harris earned her master's degree in history in 1972 from Howard University, and her Ph.D. degree in 1975. In 1975, Harris began teaching history at Federal City College, now known as the University of the District of Columbia. That same year she established a consulting firm, JOR Associates. From 1979 until 1980, Harris served as campaign manager for the Carter / Mondale Re-election Campaign. In 1991, Harris was appointed director of educational affairs for Washington, D.C., where she remained for a year. For the next three years, Harris served as director of the Office of Intergovernmental Relations in the Mayor's Office; in 1998, she was appointed city historian for Washington, D.C., the first person to hold the post.

Harris continued to serve as city historian; over the course of her career, she was the recipient of numerous awards for her civic and educational commitment. In 2004, Harris, along with her fellow sit-in students, was invited back to Southern University to receive the degree she was denied in 1960.

Dr. Janette Hoston Harris was interviewed by The HistoryMakers on August 10, 2004.

See how Janette Hoston Harris is related to other HistoryMakers
Donate Now
Click Here To Explore The Archive Today!