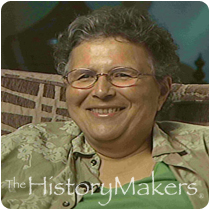 See how Jane Bond Moore is related to other HistoryMakers

She worked for the Southern Regional Council, helping to monitor Southern lynchings. During the 1960s; volunteered in the Atlanta offices of the Student Nonviolent Coordinating Committee (SNCC); and worked with James Forman, Ruby Doris Smith, and her brother, Julian Bond, helping with his successful 1966 campaign for a seat in the Georgia State Legislature. In 1971, Moore relocated to Berkeley, California with her husband, Howard Moore, Jr. Jane Bond Moore graduated with her J.D. degree from Boalt Hall at the University of California in 1975, and began practicing law in 1980. Moore worked for a time with the Federal Trade Commission, and from 1990 to 2001, she worked with the Oakland Unified School District. At the Oakland Unified School District, Moore represented clients in public school student discipline cases and public employees in both discrimination and disciplinary matters.

Moore began working as a law partner with her husband at Moore & Moore in 2001. In addition, Moore taught employment law and civil rights law at John F. Kennedy University Law School. Moore also taught “The Constitution, Labor, and the Law” at the undergraduate level at Notre Dame de Namur University. Moore was a member of the Labor and Employment Section of the State Bar of California; the California Law Association; the National Law Association; the Alameda County Bar Association; and the Charles H. Houston Bar Association. The Center for Social Justice presented Moore on 2006’s Civil Rights and Diversity Series, where her speech was entitled “Black, Brown, and Yellow, Encounters with the Constitution and School Segregation.”

Moore is the mother of three grown children: Grace, Constance, and Kojo.

See how Jane Bond Moore is related to other HistoryMakers
Click Here To Explore The Archive Today!