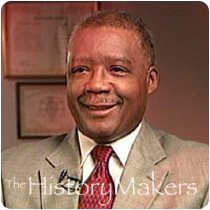 See how James Hill, Jr. is related to other HistoryMakers

Accountant James Hill, Jr. was born in Baltimore on August 20, 1941, to Joyce and James Hill, Sr. Hill graduated from Central State University with a B.S. in accounting in 1964, and received his M.B.A. in personnel administration and accounting in 1967 from the University of Chicago. He is CPA-licensed in Illinois, Indiana, Minnesota, Ohio and Wisconsin.

In 1964, Hill began his career as a cost accountant for Union Carbide in New York, where he stayed for one year. After receiving his M.B.A., he began working as a Chicago staff auditor for Alexander Grant & Company. Between 1968 and 1970, Hill worked as the deputy director of the Chicago Economic Development Corporation. In February 1972, he founded his own accounting firm. In 1975 he took on a partner to become Hill, Taylor, Certified Public Accountants where he presides today as chairman and CEO.

Hill has received numerous awards and honors for both his professional and community work. His professional affiliations include the American Institute of CPAs, the Illinois CPA Society, the National Black Association of Accountants and the National Black MBA Association. He is a board member of various community and nonprofit organizations, including the Illinois Institute of Technology, the Chicagoland Chamber of Commerce, the Better Government Association, Citizen Information Service, the Chicago Commons Association, the Economic Club of Chicago, the Rainbow/PUSH Coalition, and the Chicago Economic Advisory Committee. He is also a council member to the graduate business schools at both the University of Chicago and the University of Illinois.

Hill married Sheree in 1995. He is father to two adult sons, James III and Brian.

Hill was interviewed by The HistoryMakers on January 5, 2003.

See how James Hill, Jr. is related to other HistoryMakers
Click Here To Explore The Archive Today!