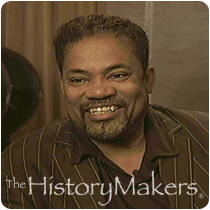 Hair stylist James Harris was born on October 20, 1948, in Boston, Massachusetts, to Emma J. Jones-Harris, a supervisor for the Boston City Hospitals, and Grover Harris, owner of a demolition and trucking company. His aunt was a hairdresser and his uncle was a barber. By the time Harris was twelve years old, he knew that he wanted to become a hair stylist. Harris attended the Newman Preparatory School High School for Boys in Boston, Massachusetts. He and a friend purchased wigs wholesale and sold them while in high school, and at the age of eighteen, Harris had his first paying client.

After graduating from high school in 1967, Harris he started a career as a hair stylist. He toured the United States with Summit Labs, an African American hair care manufacturing company. In 1972, Harris was a member of the first African American team to win an International Beauty Show. Harris earned a degree from La Newton School of Beauty in Roxbury, Massachusetts, developed products with Revlon and opened his first salon, the Libra Studio, in Mattapan, Massachusetts, all in 1974. In efforts to revolutionize the hair industry, Harris established the Hairmetrics hair care training center with stylist Olive Benson that same year. Hairmetrics was the first advanced hair training center in the world. Shortly after the opening of Hairmetrics, Harris sold his Boston salon and moved to New York in 1977 to become the styles director for Soul Scissors, the country’s first black salon chain. In 1980, Harris helped create Shear Energy, an advanced hair designing system for excessively curly hair. That next year, he started working with Glemby International Beauty Salons as president of the Black Hair Is line. In 1991, Harris became the first African American male member of Intercoiffure, an organization of elite hair stylists and salon owners. He stayed at Glemby International Beauty Salons until 1997, when he opened the Mahogany Door Beauty Center & Spa in Harlem. After three years, he left the salon and started working at L’Oreal in a variety of capacities. He remained with L’Oreal until 2007, when he decided to return to the salon industry and established the James Harris Salon in Boston and New York.

Harris is the founder of the African American stylists’ organization, Hair Fashion Group. He participated in fashion shows in South Africa, Cote d’Ivoire, France, Italy, Spain, Brazil and other countries. He has collaborated with celebrities such as Diana Ross, Tyra Banks, Nancy Wilson and Patti LaBelle as well as designers Patrick Kelly, Betsey Johnson and Gucci.

James Harris was interviewed by The HistoryMakers on August 27, 2007.