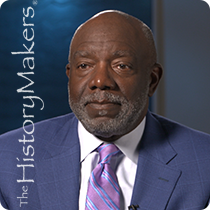 See how James Colon is related to other HistoryMakers

Corporate executive James Colon was born on December 1, 1952 in Chicago, Illinois. He earned his B.S. degree in business and economics from Manchester College in 1974.

In 1980, Colon joined Toyota Motor Sales, U.S.A., Inc. as a salesman. Three years later, he was transferred to Kansas City, Missouri, where he managed the marketing and distribution for Toyota’s regional large vehicle series. Colon was promoted as national manager of the large vehicle series in 1995, where he oversaw the advertising, merchandising, and distribution for the series, as well as commissioned consumer market studies and new model launch plans. Colon also served as an assistant general manager for Toyota and operated in the Portland, Oregon and Chicago, Illinois regions. In 2002, Colon became the vice president and general manager of the Chicago region. Three years later, he was promoted to the position of vice president of sales and dealer development for Toyota’s luxury car division, Lexus. And then, in 2008, Colon was promoted to the position of vice president of sales for the Toyota division. Shortly after this promotion, he also became the vice president of product communications for Toyota Motor Sales, U.S.A., Inc. In 2013, he was appointed by Toyota as vice president of the company’s African American business strategy. Under his leadership, the company received awards from the National Urban League and the National Association of Minority Automobile Dealers. After thirty-six years with the company, Colon retired from Toyota in 2016 in order to launch his own Lexus dealership in Seattle, Washington.

Colon received numerous awards for his success in the automotive industry. In 2016, he was the recipient of the DRIVEN: A Tribute to Multicultural Achievement in the Automotive Industry Lifetime Achievement Award at the North American International Auto Show. Colon has also been awarded the Professional Legacy Award by the National Sales Network.

An active in the community, Colon was involved with the Friends of Engineering, Computer Science, and Technology at California State University in Los Angeles, the Congressional Black Caucus Foundation, Inc., the Black Star Project, First Tee of South Los Angeles, Manchester University, and Clark Atlanta University.

Colon and his wife, LaDora Brisco Colon, have two children, Tyler and Miles.

James Colon was interviewed by The HistoryMakers on August 15, 2017.

See how James Colon is related to other HistoryMakers