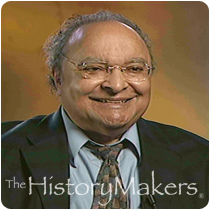 Civil rights leader James Pleasant Breeden was born on October 14, 1934 in Minneapolis, Minnesota to Florence Beatrice Thomas, a secretary and homemaker, and Pleasant George Breeden, a railroad dining car waiter. He was raised by his mother and stepfather Noah Smith and attended Harrison Elementary School and Lincoln Junior High School, both in Minneapolis. In 1952, Breeden graduated from North High School in Minneapolis and attended Dartmouth College.

From 1960 until 1965, Breeden was a member of the Episcopal Diocese as a deacon, priest and canon at St. James Church and St. Paul’s Cathedral. He became an advisor to Bishop Anson Phelps Stokes in the area of civil rights. During this period, Breeden was heavily involved in the Civil Rights Movement. In 1961, he participated in the Freedom Rides and was arrested in Jackson, Mississippi for “action likely to cause a riot.” He and others were later freed when the case was dismissed. In 1963, Breeden helped organize the first “Stay out for Freedom” event in Boston protesting the city’s lack of quality public education for African American students. The following year, Breeden was involved in rent strikes against landlords who were taking advantage of their tenants.

Breeden joined the National Council of Churches’ activist leadership in 1965, where he would remain for two years coordinating non-violent mass protests. In 1967, Breeden became the Director for the Commission on Church and Race for the Massachusetts Council of Churches during the time of the Boston race riots. In 1969, Breeden joined the faculty at Harvard Graduate School of Education, and in 1972 he earned his Ed.D. degree from the school. Breeden moved to Tanzania and became Professor of Education at the University of Dar Es Salaam in 1973, where he set up a master’s degree program in education administration.

Breeden was interviewed by The HistoryMakers on September 12, 2007.